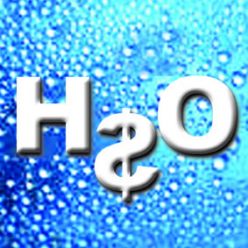 The DA has asked that the Msunduzi municipality (South Africa) investigate the financial feasibility of raising a loan to cover its contribution towards the construction of the Spring Grove Dam near Mooi River.

According to the proposed yearly increase, residents would be paying 22 percent for water, up dramatically from the current 8 percent.

Of this increase, Msunduzi said, 11 percent would go towards the construction of the dam.

“We agree to the 6.5 percent increase for inflation and the 4.5 percent for ageing infrastructure, but propose that our 11 percent contribution towards the Spring Grove Dam be reduced to 3 percent.

“We request that the municipality investigates the financial feasibility of raising a loan to cover its contribution towards the construction of the Spring Grove Dam.

“The 3 percent we propose must be factored into the water tariff for the period it will take to pay off the loan, meaning that, if the total loan repayment is being paid over a five-year period, the council will include this 3 percent annually for the next 5 years,” he said.

Regarding the 16 percent electricity increase, Chetty suggested that 20 percent of the revenue collected from the monthly ampere charge in the 2012/2013 budget be retained in a ring-fenced account and used specifically for electricity infrastructure maintenance and renewal.

“We believe that the electrical outages in Pietermaritzburg have resulted in serious financial losses,”he said.

“We will, as a city, struggle to attract new business and industrial investment, if there are serious concerns on our ability to deliver a reliable electricity supply,” he said.

On the refuse tariff increase of 5 percent, Chetty said the amount should be linked to the inflation rate, which was reported to be 6.15 percent in March.

This, he said, was because the waste department had been criticised by ratepayers for poor communication, lack of services and sporadic collections.

In view of these circumstances, he considered it unwise to impose a tariff increase that was below inflation as the department needed funding to improve its service. – The Mercury

Water tariffs increases in South Africa and the rest of the world are inevitable.  The water tariffs are likely to rise steeply year after year as demand skyrockets for this dwindling resource.  Clean drinking water is becoming more difficult to come by as our industries and the effects of a burgeoning population continue to pollute freshwater resources.  One way of becoming less dependent on state- and municipal supplied water is to harvest rainwater off your rooftop.  Rain water tanks of all shapes and sizes are available according to you budget, rainfall stats and roof size.  Plastic water tanks are the easiest (and least expensive) way of storing rainwater (or water from other sources); install a water tank and start saving money and water.