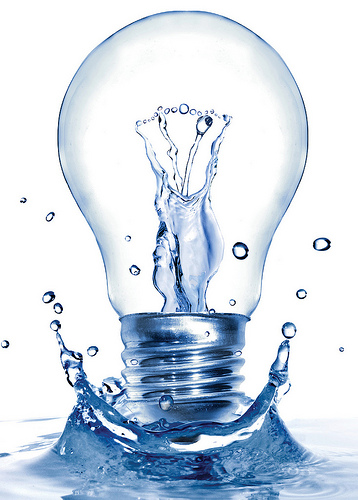 But one thing that those companies are struggling with that is not making headlines is whether they will have enough water. Energy production is water-intensive and the vast supplies that are needed to run every type of power plant — natural gas, coal, nuclear and renewables — is not well understood.

“Water is the new oil,” says Jim Rogers, chief executive of Duke Energy, in a talk with this writer. When utilities formulate their energy portfolios, they must take water availability into consideration.

Not only do utilities use it. So does big industry and small residential households. To compound the matter, the demand for electricity in this country [USA] is expected to rise by 1.5 percent over the next 20 years. Governments and businesses alike are now calling for concerted conservation efforts and technological advances.

The debate is not theoretical and is already having practical implications on both utilities and energy developers. A couple years ago, the states of Georgia and Alabama battled over supplies during a severe drought in the southeastern United States: Georgia’s Lake Lanier, along with other bodies of water there, are providing water not just to the Atlanta metropolitan area but also to Alabama’s electric generators, manufacturing facilities and farm businesses.

The National Energy Renewable Laboratory has reported that United States alone withdraws fresh water to the tune of nearly 1,500 gallons per capita each day. That includes 190 gallons a day for domestic and commercial use, 673 gallons each day for industrial use and 600 gallons every day for agricultural use.

“In many regions, the water supply is shrinking because of drought and non-sustainable pumping aquifers,” says the lab’s study. “Drought impacts in the West reduce the amount of available water for existing and planned thermal power production, urban and agricultural use, and hydropower.” Greater use of wind energy, it adds, could ease the burdens create by those fuel sources that are water-dependent.

According to the World Policy Institute, coal-and-oil-fired power plants consume roughly twice the water than that of gas-fired facilities while nuclear generation needs three times that of natural gas. Cleaner coal technologies such as coal gasification will reduce that need by as much as half but, emerging concepts like carbon capture and burial could increase consumption between 30-100 percent.

Wind and rooftop solar panels, meantime, are the most efficient forms of generation when it comes to water.

However, large and commercial solar plants use twice the water as coal and five times the amount as gas-fired plants.

Further, corn-based bio-fuels used in transportation consume much greater amounts of water than does the drilling for traditional oil.

In Texas, the combination of hot summers and water shortages are pitting farmers against shale-gas developers. Diana Glassman, who co-authored the report for the think tank, says 13 million gallons of water are required in the southern portion of the state. The idea that shale-gas will become the next gold rush is therefore jeopardized, particularly because its production requires seven times the amount of water as does the extraction of conventional natural gas.

“The competition between water and energy needs represents a critical business, security, and environmental issue, but it has not yet received the attention that it deserves,” says Glassman. “Energy production consumes significant amounts of water, and vice versa. In a world where water scarcity is a major and growing challenge, water deserves a place on the energy agenda alongside cost, carbon and security considerations.”

New technologies, though, are advancing. Today, utilities use “one-through cooling” that returns nearly all the water to its original source. But newer mechanisms use “closed loop” systems that re-circulate the water.

California wants to follow that lead: It would have its 19 power plants there phase out their older cooling systems and install modern ones, although they could retrofit their facilities so that they would use less water.

Two nuclear plants along the coastline there withdraw 15 billion gallons of water per day and would be affected: Pacific Gas & Electric’s Diablo Canyon and Southern California Edison’s San Onofre. The policy seeks to comply with the Clean Water Act and to minimize harm to aquatic life there. New York and New Jersey are considering similar measures.

Utilities have the twin pressures this summer of ensuring that they enough power to meet peak demand and that they will have the water resources available to quench the thirst of the power plants delivering that energy. New technologies could subsequently ease those tensions. But it’s unlikely that anyone will notice the scarcity of resources until the lights go out or their bills start to escalate.

Interesting that commercial solar plants use twice as much water as coal-fired plants; there is obviously still much research and development required for improving water efficiency for all our energy generation systems.  Water and energy are inextricably linked and saving water saves electricity too.  On a very basic level, the harvesting of rainwater on an individual household level reduces electricity bills and rainwater tanks that are placed in a way that water can be used without the aid of a pump, even more electricity is saved (although the small pumps required for pumping water from domestic water tanks do not usually use much electricity).