Access to clean water in South Africa a subject of protests 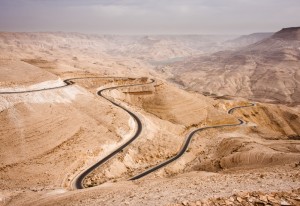 AMMAN: “I wish I could live at the Zaatari Syrian refugee camp because there is water there,” a Jordanian man says, frustrated that he has not had any tap water of his own in months.

“I cannot remember the last time I got municipal water. Maybe if I go live with the Syrian refugees I might get some of the water the government provides them,” said the 50-year-old man from the northern city of Irbid.

He is one of hundreds of thousands of Jordanians who suffer from chronic water shortage in one of the world’s 10 driest countries, which is 92 percent desert.

Many ordinary Jordanians, as well as others in government circles, complain that tens of thousands of Syrian refugees who have fled from the conflict at home are draining the country’s meagre water resources.

In recent weeks, people have demonstrated in southern and northern villages for not receiving water for the past two months, burning tyres, blocking roads and seizing a Water Authority tanker.

Their only alternative is to buy from private suppliers at grossly inflated prices, or even steal it.

“This summer has been tough and hot, and the increasing Syrian refugees and sometimes tourists have added pressures to water resources,” Water Authority Secretary General Fayez Bataineh told AFP.

“But at the same time people’s reaction to some limited and isolated problems is highly exaggerated.”

“Some people do not get water as scheduled, while others do not get enough. But when some steal water and sabotage pipes, the situation become worse,” Bataineh said.

“I think we have managed to control the situation. As for Syrian refugees in Zaatari, water tankers provide each one of them with 30 litres a day because their use of water is limited.”

More than 30,000 Syrian refugees live in Zaatari, near the Syrian border.

Other refugees are concentrated in the northern cities, which already suffer from water shortage, while the demand on water is expected to increase.

In June, the government said that each Syrian needs at least 80 litres of fresh water.

“The authority pumps water to us once a week, less than 24 hours. It was never enough,” said the mother of five Umm Iyad.

“We wait for this water to come so we can wash clothes, shower and clean the house. Even if we want to invite people for lunch or dinner, we make sure they come when the water comes.”

Umm Iyad lives in a hilly area in Amman, where water pressure is sometimes too weak to fill storage tanks in her building.

“Because of that, we are forced many times to buy water. And sometimes, we miss our turn in getting water if a tiny electricity glitch affects the municipal pumping. There are many things that need to be done but there is not enough water.

“If we are lucky, we buy a four-cubic-metre water tanker from the Water Authority for around nine dinars ($12/9.33 euros). But sometimes it is not available, which forces us to pay 25 dinars for the same amount from private water suppliers.”

Jordan’s average annual consumption stands at around 900 million cubic metres, but more than 60 percent of that water goes to agriculture, which contributes 3.6 percent to gross domestic product, according to official figures.

It is tapping into a 300,000-year-old aquifer, despite concerns about high levels of radiation, while studying ways to build a canal from the Red Sea to the Dead Sea.

It is also seeking to develop peaceful nuclear energy in order to desalinate water and produce power.

“The country suffers from a chronic water shortage. It means that challenges are expected all the time, particularly during the summer,” Bataineh said.

“We are doing are best to cope, but mistakes and problems happen sometimes.”

Although South Africa receives below average rainfall compared to the rest of the world, we are fortunate that we receive more rainfall that Jordan.  Whereas rainwater harvesting systems may not be feasible in Jordan, in South Africa we can harvest huge quantities of rainwater to supplement or even replace municipal water for our homes.  Rain water is free and the amount of rainwater that can be harvested is dependent on roof area and water storage capacity.  Click on the links below to see which sizes and types of water tanks would suit your requirements.