The world is depleting underground water reserves faster than they can be replenished due to over-exploitation, according to scientists in Canada and the Netherlands. 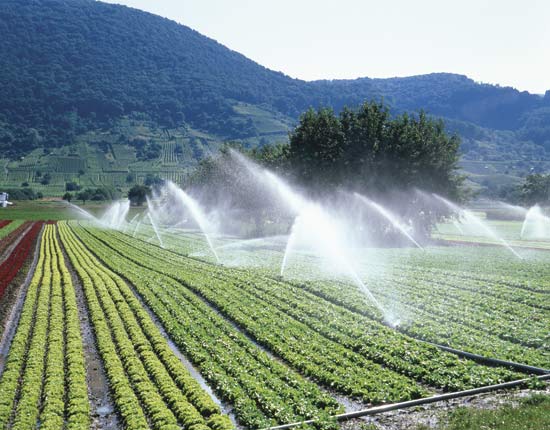 The researchers, from McGill University in Montreal and Utrecht University in the Netherlands, combined groundwater usage data from around the globe with computer models of underground water resources to come up with a measure of water usage relative to supply.

That measure shows the groundwater footprint – the area above ground that relies on water from underground sources – is about 3.5 times bigger than the aquifers themselves.

The research suggests about 1.7 billion people, mostly in Asia, are living in areas where underground water reserves and the ecosystems that rely on them are under threat, they said.

Tom Gleeson from McGill, who led the study, said the results are “sobering”, showing that people are over-using groundwater in a number of regions in Asia and North America.

Over 99 percent of the world’s fresh and unfrozen water sits underground, and he suggests this huge reservoir that could be crucial for the world’s growing population, if managed properly.

The study, published in the journal Nature, found that 80 percent of the world’s aquifers are being used sustainably but this is offset by heavy over-exploitation in a few key areas.

“The relatively few aquifers that are being heavily exploited are unfortunately critical to agriculture in a number of different countries,” Gleeson told Reuters. “So even though the number is relatively small, these are critical resources that need better management.”

Previous research has shown that it takes about 140 litres of water to grow the beans that go into one cup of coffee, whether they are cultivated in arid Ethiopia or the Colombian rain forest.

“The effect of this water use on the supply of available water will be very different,” the researchers wrote. “Until now, there has been no way of quantifying the impact of such agricultural groundwater use in any consistent, global way.”

Gleeson said limits on water extraction, more efficient irrigation and the promotion of different diets, with less or no meat, could make these water resources more sustainable.

Water sitting in underground aquifers was the subject of research by British researchers published in April that mapped huge reserves sitting under large parts of Africa that could provide a buffer against the effects of climate change, if used sustainably.

A team from the British Geological Survey and University College London estimated that reserves of groundwater across Africa are about 100 times the amount found on the continent’s surface.

Some of the largest reserves are under the driest North African countries like Libya, Algeria, Egypt and Sudan, but some schemes to exploit them are not sustainable.

The biggest is Libya’s $25 billion Great Manmade River project, built by the regime of slain dictator Muammar Gaddafi to supply cities including Tripoli, Benghazi and Sirte with an estimated 6.5 million cubic metres of water a day.

The network of pipes and boreholes is sucking water out of the ground that was deposited in the rocks under the Sahara an estimated 40,000 years ago, but is not being replenished.

It is unclear how long this water source will last, with estimates ranging between 60 and 100 years.

There are also many groundwater reserves that can be classified as ‘ancient water’ and which cannot be replenished due to geological conditions.  These reserves are also being utilised and over-exploited, in many cases due to ignorance.  Wherever possible, more efficient use of water should be the goal as well as harvesting of renewable water resources such as rain water.  Rainwater harvesting in certain areas could play a major role in reducing pressure on other water sources such as underground aquifers.  Rainwater storage tanks should be matched to the surface area of the harvesting surface, e.g. a rooftop.  Water tanks can also be connected up in series to store rainwater.

Click on the links below to view the various plastic or poly water tanks manufactured by JoJo Tanks (South Africa) as well as other JoJo Tanks products.