South Africa has been accused of putting undue pressure on a weak government to extract an unfair deal. 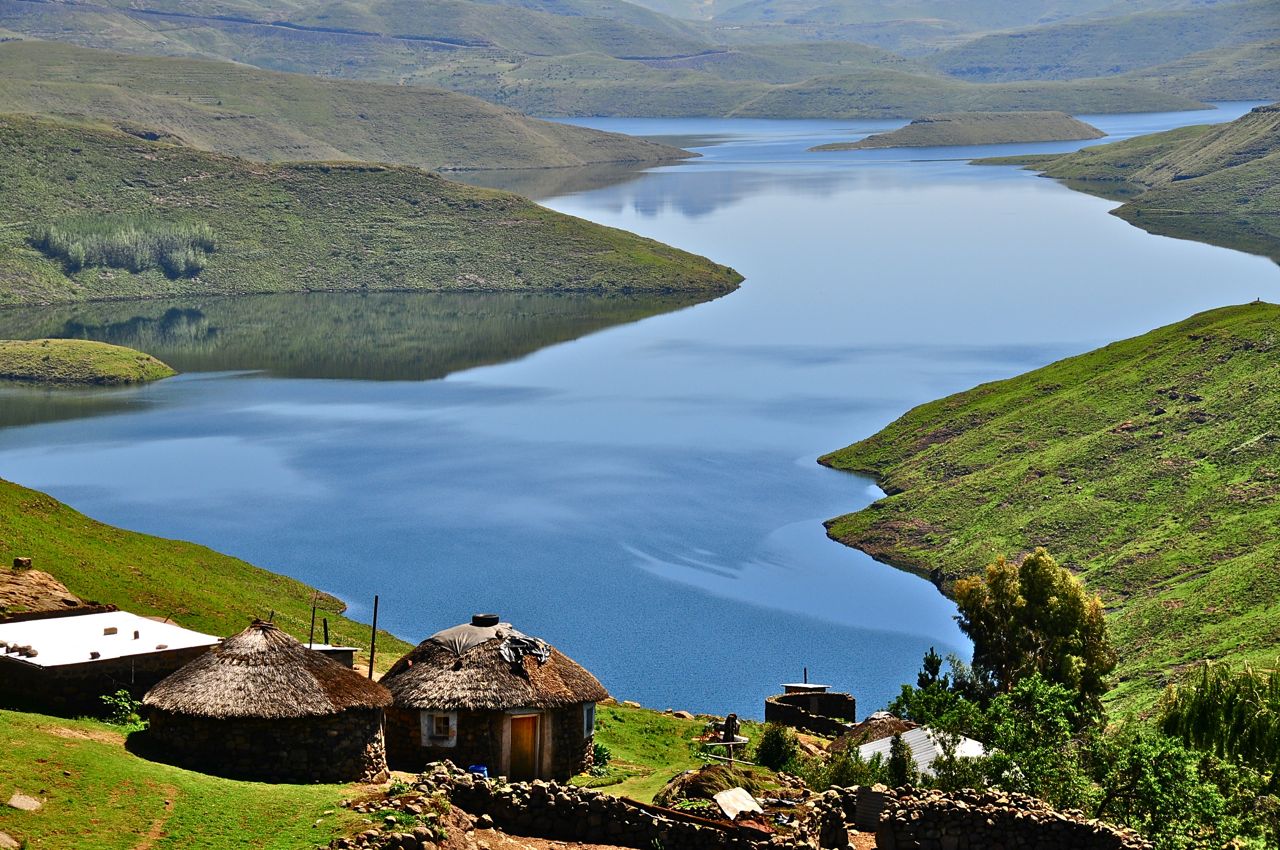 The 1999 agreement, unearthed by the Lesotho Times last week, clearly reflects South Africa’s desire for greater control over the crucial infrastructural project, which supplies water to industrial and domestic consumers in Gauteng and beyond.

It was signed when the Lesotho government was almost paralysed and South African troops were still stationed in the kingdom after the invasion sponsored by the Southern African Development Community (SADC) a year earlier.

Sources in the Lesotho Cabinet told the Mail & Guardian last week that the government was uncomfortable with the agreement its predecessor had signed with South Africa on the second phase of the giant water project.

But Timothy Thahane, Lesotho’s water affairs minister, would only say that his government was studying the agreement and that it had not been ratified.

However, Lesotho Prime Minister Thomas Thabane told a media conference after meeting President Jacob Zuma in October that he had asked him to allow some aspects of the project to be reviewed.

Phase two will see the construction of Polihali Dam in Lesotho’s Mokhotlong district, which will augment the water in Lesotho’s Katse Dam, from where it will be channelled to the Vaal River.

Expenditure
A reading of the contentious agreement shows why it has irked Thabane’s six-month-old government. It appears to trump a bilateral treaty signed in 1986, plainly stating that, where the terms of the agreement and the treaty differ, “the meaning provided for in this agreement” prevails.

Lesotho is known to be unhappy with the agreement’s provision that South Africa will provide services and other materials for the Polihali Dam’s construction without paying tax.

The 1986 treaty makes South Africa liable for taxes on all expenditure related to the project. The net effect of the 1999 agreement is that South Africa receives Lesotho’s water tax-free.

South Africa pays between 35-million maloti (the maloti is on a par with the rand) and M45-million a month in royalties for the water from the Katse and Mohale dams.

In 1999, Lesotho also signed a controversial protocol in which it agreed to refund South Africa all levies it paid during the construction of the Katse and Mohale dams during phase one of the project.

Lesotho repaid R341-million of taxes it levied between 1986 and 2000. The principal amount was M186-million, but with 15% annual interest, the country ended up paying M156-million more. The amount included corporate, income and fringe-benefit taxes.

A further difference is that, under the treaty, the water project belongs to Lesotho and South Africa is no more than a customer. Under the 1999 agreement, the project is jointly owned by the two countries.

Initially, South Africa’s interests were catered for by the joint permanent technical commission, which later changed its name to the Lesotho Highlands Water Commission, an oversight body with equal representation from both countries.

The treaty also gave Lesotho the power to appoint the management of the Lesotho Highlands Development Authority, the project’s executive arm. The 1999 agreement shifted that duty from the Lesotho government to the commission.

Under the 1986 treaty, South Africa only controlled the tunnel from the Lesotho border.

South Africa’s apartheid rulers first began pressing Lesotho under the government of Leabua Jonathan to enter into a joint water scheme, but their overtures were resisted.

After the military coup in 1986, probably sponsored by South Africa’s apartheid government, the leader of the new military junta, Major General Metsing Lekhanya, hurriedly signed the treaty amid speculation that the South Africans were putting pressure on him.

Embarrassment
The 1999 agreement followed a post-election crisis in Lesotho when opposition parties rejected the poll results and the armed forces mutinied. The army commander and other senior officers fled to South Africa. Accepting the argument that Lesotho had become ungovernable, SADC voted to send in troops under South Africa’s leadership.

The first warplane that entered Lesotho on September 22 1998 headed straight for the Katse Dam. Sixteen Lesotho soldiers guarding the facility were killed and replaced by South Africans.

South African and Botswana forces remained in Lesotho for three years, during which the 1999 agreement was concluded.

A senior government official, who asked not to be named, told the M&G that Lesotho was “still recovering from the embarrassment” of the political chaos that climaxed in the invasion. “At that time Lesotho did not have a strong voice at the negotiating table, with South Africa or any other country. Political instability had rendered us powerless,” he said.

Thamae Lenka of the Maseru-based Transformation Resource Centre, a local human rights advocacy organisation, said Lesotho had a “fragmented, indecisive leadership that was vulnerable to external pressure” and was “too feeble to stand up to South Africa”.

Arm’s length
Mahao said South Africa “could not exercise leverage” in 1999 because the ANC government’s relations with the ruling party at that time were poor.

“I personally doubt that South Africa had superiority at the negotiations table in 1999. Even the then ruling Lesotho Congress for Democracy kept the ANC at arm’s length. That is common knowledge.”

But South Africa undoubtedly has an intense interest in Lesotho’s water. Edna Molewa, the water affairs minister, lobbied for the construction of Polihali Dam and South Africa will provide the required R9-billion capital investment.

Construction is scheduled to kick off next year and 2018 has been set as the completion date. The dam wall will be 165m high and the dam will have a capacity of 2.2-billion cubic metres.

The Katse and Mohale dams transfer more than 40-million litres of water into the Vaal River system a day and generate 72MW of electricity for Lesotho.

The Vaal River is South Africa’s most important water source, supplying water to 60% of Gauteng’s economy and nearly half the residents of Gauteng and the Northern Cape.

Objections
The river also supplies water to Eskom’s coal-fired power stations in Mpumalanga, gold mines in North West and the Free State, and farmers in Limpopo.

This will be the water project’s third dam in a series of five that  will be completed in 2036 when the 50-year agreement between the two governments expires.

On completion, the project will transfer more than two billion cubic metres of water from Lesotho to South Africa annually.

The controversy over the 1999 agreement is not the only source of tension between the two governments. Recently the M&G revealed that South Africa was unhappy that Lesotho appointed a convicted fraudster, Masupha Sole, to the water commission as a technical adviser.

After being paroled last year, he was appointed adviser to the commission despite objections by Molewa and Lesotho’s then main opposition party, the All Basotho Convention, as well as the media.

Sputnik Ratau, spokesperson for South Africa’s water affairs department, referred the M&G‘s questions to the South African representative at the water commission, Zodwa Dlamini. But he refused to comment and said the South African high commissioner in Maseru, Happy Mahlangu, was the person to answer questions. Mahlangu said the questions should be put to the Lesotho government.

Bilateral agreements of this nature are always bound to cause tension and although project is generally perceived to be beneficial to both nations, the political interplay can upset a fine balance.  The Lesotho Highlands project benefits Lesotho from the royalties as well as power generation although the environmental impact of the dams is substantial.  South Africa’s Gauteng Province is highly dependent on this water scheme and if anything were to happen to curtail or halt the water supply, the consequences would be disastrous.

Businesses and homeowners in Gauteng and all over South Africa are encouraged to implement water conservation measures and water systems such as rainwater harvesting.  This will ensure a degree of water independence as well as saving money on water bills.  When installing a water system, always choose high quality water tanks such as the plastic water tanks made by JoJo Tanks South Africa.  Click on the links below to find your ideal water tank, rainwater tank, tank stand or other JoJo Tanks product.