Facing mandates from the Energy Independence and Security Act of 2007 and a 2009 executive order from President Obama, federal government agencies are working to reduce energy and potable water consumption in their buildings. 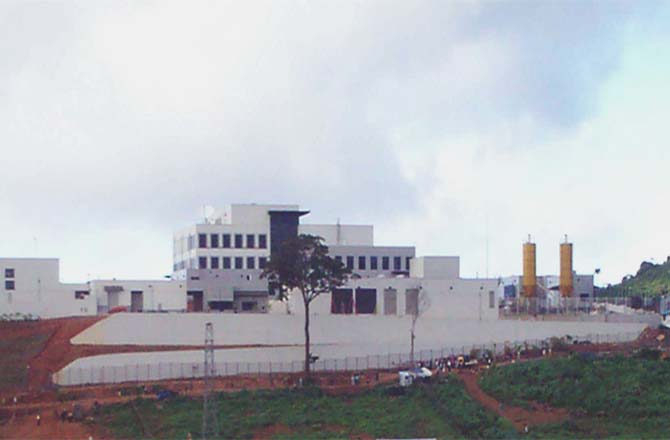 Compliance should help these agencies cut their costs and carbon footprints. But for the State Department, which manages some 19,000 buildings at 275 missions worldwide, the work takes on an added dimension.

As a guest in a host nation, a mission is encouraged to demonstrate a consideration for local energy and water resources through an approach that the department calls “ecodiplomacy.”

“Everything we do can be seen as a political statement,” said Melanie Berkmeyer, an architect with the State Department’s Bureau of Overseas Building Operations. “So we have to be sensitive to the local environment and local populations.”

Ms. Berkmeyer spoke during a presentation on ecodiplomacy at the recent International Greenbuild Conference in San Francisco.

No environmental issue is more local or visible than water usage, Ms. Berkmeyer said, especially in regions with little or no reliable access to clean drinking water. So as part of its green diplomacy goals, the department aims for net-zero water usage for its buildings wherever possible. This means becoming completely independent from the local municipal water supply.

Moving toward that goal requires a range of water conservation techniques, many of which were discussed during the presentation. For instance, rainwater has become the preferred source of fresh water for many embassy sites.

In Freetown, Sierra Leone, there is no reliable municipal water source, which has led to conflicts within the local population. So the embassy installed rainwater catchment systems to take advantage of the ample rainfall in the region, which averages 94 inches per year.

Two large water tanks now catch and store 6.8 million liters of water. After the water is treated on-site, it meets all of the needs for an embassy staff of 200 and about half of the water used by off-site residences.

Some 60 to 70 percent of the planet’s fresh water supply is used to irrigate food crops and landscaped areas around buildings. Lawns, a common feature around most American homes, are particularly water-intensive.

At embassy compounds, the trend now is to minimize the use of lawn areas that require excessive watering and could be perceived as wasteful, which is “inconsistent and not aligned with the message we are trying to send,” said Donna McIntire, the bureau’s chief of sustainable design, who also spoke at the conference.

Instead, at many embassies, the department has replaced long stretches of turf with local drought-resistant plants. Efficient drip irrigation systems, as opposed to conventional sprinklers, further reduce water use, and sensors shut the system off when it rains.

Constructed wetlands are another common landscape feature at many embassy sites. These man-made swamps or marshes clean and filter wastewater from the buildings. The wastewater is not drinkable, but it is clean enough to be reused on-site for irrigation or discharged into the local sewer system.

Working toward net-zero water use can also increase security at embassy compounds, Ms. McIntire noted, by decreasing “reliance on outside systems that are often times unreliable and subject to interference.” At the new embassy in London, on which construction will begin next year, a large pond will front the building and provide a moat-like security barrier, among other functions.

Secretary of State Hillary Clinton formalized the State Department’s commitment to the ecodiplomacy effort in 2009 with the announcement of a Greening Diplomacy Initiative. The department’s efforts have been recognized by the United States Green Building Council’s LEED certification program, which scores buildings on a number of environmental factors including energy and water efficiency.

Some 14 embassy buildings have been awarded LEED certification to date. Another 30 have been designed to LEED standards and are awaiting certification.

Any nation trying to build good relations with other countries would do well to embark on “ecodeplomacy” as the United States is doing, especially when it comes to water issues in a world where water scarcity is rapidly increasing problem.

Homeowners and businesses can also secure ‘free water’ by collecting and storing rainwater in water tanks, thereby reducing or eliminating their dependence on municipal water supplies (which in many towns in South Africa is becoming less reliable and subject to fluctuations in water quality).  Water tanks are at the heart of many water conservation systems; choose the best quality that you can afford.  In South Africa, we recommend water tank, rainwater tanks, tank stands and other products manufactured by JoJo Tanks – high quality products at affordable prices.  Click on the links below to find your ideal JoJo water tank or other JoJo tanks product.