The Human Rights Commission says government is likely to face legal action over the high number of people in the country who still don’t have access to clean drinking water and sanitation. 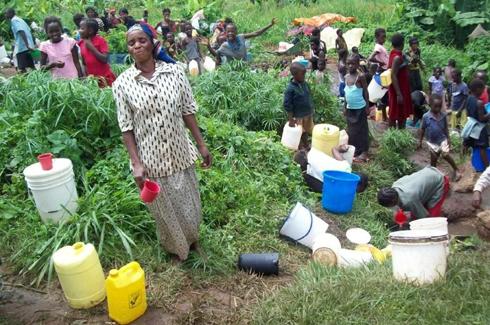 The commission is holding public hearings around the country on the provision of the basic right to South Africans.

It emerged last year that municipalities in the Western Cape and KwaZulu-Natal had given communities open toilets.

The KZN round of hearings began at Mpophomeni, outside Howick, yesterday.

More than 1-million households in the province don’t have access to water.

The commission’s Pregs Govender says they have demanded that municipalities set deadlines to provide the service.

“Government often says the problems are in terms of maintenance of equipment or infrastructure, or that there are problems in relation to who they have contracted to do X, Y or Z. And we’re saying that government has to actually understand that unless they work clearly and respect the constitutional rights of people in our country, they are actually going to be held to account in ways that are often going to be very, very severe.”

Accountability is not a very strong point of many governmental bodies in South Africa and there seems to be an endemic propensity to pass the blame whenever there is a problem.  Hopefully South Africa’s people will learn to elect leaders that are accountable and honest when the next elections come around.

A relatively easy way of obtaining ‘free water’ is to harvest rainwater.  Rainwater harvesting systems can range in complexity from very basic ‘rain barrels’ to fully integrated systems that use a number of above-ground or underground water storage tanks to store the rain water.  The water tank is the heart of any rainwater system; be sure to choose high quality tanks such as those made by JoJo Tanks South Africa.  Click on the links below to see the huge range of JoJo Tanks products available.