Losses from natural disasters could triple by 2100: report

4 Green Tips Anyone Can Try

(Reuters) – Global losses from natural disasters could triple to $185 billion a year by 2100, excluding the impact of climate change, according to a report, which calls for a shift in focus from relief work to preventative measures. 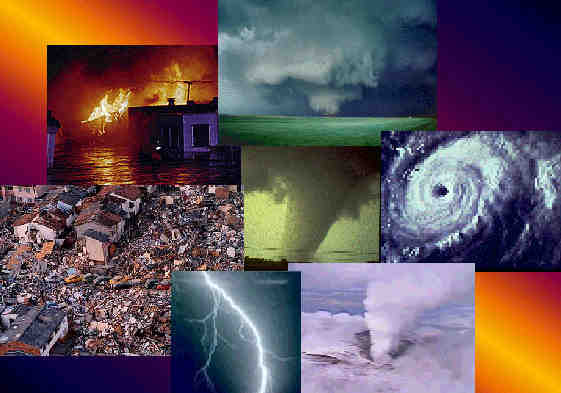 The joint report by the United Nations and the World Bank, published on Thursday, said the number of people at risk of storms or earthquakes in large cities could double to 1.5 billion by 2050. Simple preventative measures could curb losses from natural disasters, it said, citing Bangladesh’s success in building shelters to protect against cyclones.

The study of natural hazards including earthquakes, heatwaves and floods called for investment in everything from improving weather forecasts, to re-painting steel bridges to avoid rust, and keeping storm drains clear of debris.

“Preventing deaths and destruction from disasters pays, if done right,” according to the 250-page report by 70 experts entitled “Natural Hazards, UnNatural Disasters.”

“Annual global losses from natural disasters could triple to $185 billion by the end of this century, even without calculating the impact of climate change,” it said.

“Losses will triple primarily because you have economic growth and … more people and property located in richer areas. As people get richer they have more to lose,” lead author Apurva Sanghi told a telephone news conference.

Damage from more powerful cyclones likely to be caused by global warming could add $28-$68 billion to the annual bill, it said. It did not give a total for possible costs linked to climate change, such as desertification or rising sea levels.

It said about 3.3 million people had died from natural hazards in the past 40 years, or 82,500 a year, with most in poor nations.

The report urged countries from the United States to India to review caps on building rentals. Rent controls in Mumbai meant “property owners have neglected maintenance for decades, so buildings crumble in heavy rains,” it said.

It urged better protection of key infrastructure, such as hospitals. In some cases, buildings can have dual money-saving roles — such as schools in Bangladesh that act as cyclone shelters or roadways in Malaysia that act as drains, it said.

And it urged spending on “environmental buffers,” such as mangroves that can protect coastlines against storms or tsunamis. Forests can help prevent mudslides and mute the effect of floods, it said.

World Bank Group President Robert Zoellick said the report made a “compelling case” showing how nations can curb their vulnerability to natural hazards and free up resources for economic development.

“The news is not all gloomy. Bangladesh has been extremely successful in reducing the number of deaths from cyclones” partly by building shelters in recent decades, Sanghi said.

‘Natural’ disasters around the world have increased in the past few years- nobody can deny this!  Whether these are truly natural (or cyclic events) or man-induced is irrelevant when you find yourself in the midst of it.  Water supplies and electricity are almost always the first basic necessities that are affect by disasters.  This can lead to diseases and conflict.  Being prepared and energy- and water self-sufficient can mitigate the effects of natural or man-induced disasters, including warfare.  Rainwater collection (and rain water storage in rainwater barrels and tanks) and solar energy are part of the solution.