Just over 70% of a group of  South African JSE-listed companies surveyed had already experienced financial loss because of water issues, according to a London-based research company that, with the National Business Initiative (NBI), looks at South African companies’ water use. 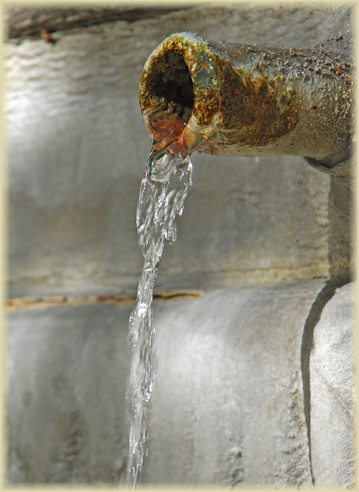 South Africa is predicted to run out of water as soon as 2015, and rainfall if half the average global amount.

It has been estimated that South Africa will be short of 3-billion cubic metres of water by 2030 (17% of expected demand), meaning that “some tough trade-offs will be needed between domestic water use, agriculture and key industrial activities such as mining and power generation,” according to the report.

The survey, conducted by the Carbon Disclosure Project (CDP), was sent to 61 JSE top-100 companies deemed to be in a “water-intensive sector” on behalf of 470 global investors representing $50-trillion in assets.

A “significant” 71% of the 30 companies that responded (indicating a response rate of 49%, up from 46% in 2011) reported having already experienced “financially material water-related impacts”, according to the report, which was released in Johannesburg on Monday.

There was significant concern regarding the quality of South Africa’s physical water infrastructure, the ability of institutions to respond effectively, and the “potentially significant additional impact” of climate change on water availability and distribution. “It is therefore essential for South African business to recognise the strategic value of water, not only in their own operations, but also in their value chains,” the NBI said.

While the responses suggested a growing appreciation of water’s strategic value, and improved action and governance, only 25% of the respondents required key suppliers to report on water issues.

“This disconnect between the very high risk exposure (to water scarcity) and the comparatively lower evidence of response measures, suggests that South African corporate response is lacking the required urgency,” according to the report.

Water Research Commission CEO Dhesigen Naidoo said the World Economic Forum’s identifying of the assurance of water supply as a “high business risk” last year had “taken the conversation out of the activists’ hands and put it in the boardroom”. CDP CEO Paul Simpson said: “Water is the lifeblood of the global economy.”

South Africa is classified as a water scarce nation and every effort should be made to improve the country’s water scarcity and conserve our available water resources.  One resource that is often overlooked by businesses (but is gaining in popularity with homeowners) is rainwater harvesting.  Significant amounts of rainwater can be collected from rooftops, especially from the often very big roofs of factories and warehouses.  Industrial rainwater harvesting is yet to catch on in South Africa but given our water scarcity it really should be embraced.  A series of 10000 litre, 15000 litre or 20000 litre water tanks along a factory wall, collecting rainwater, could save the business considerable amounts on the water bill and improve the company’s ‘green’ status – an important consideration for today’s eco-savvy consumer.  Click on the links to find your ideal jojo water tank, jojo chemical tank, jojo water tank stand or other high quality JoJo Tanks product.