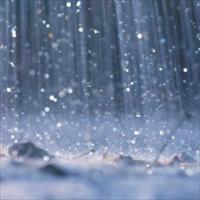 Having gone for close to three weeks without any municipal tap water supply, all the containers in the house had since dried up.

While gathering the strength to go to a house in the neighbourhood where there is a hand-dug well to ask for some water, a downpour came just in time and offered a much better solution for my woes.

Water troubles continue to grip urban areas in Zimbabwe, with many having to find alternative water supplies, mostly in the form of wells and boreholes, as people have since learnt they can no longer depend on the municipalities.

Moreover, many of those that are “privileged” enough to sometimes get the tap water supply, keep complaining of the water coming out dirty and in some instances, even smelling of human waste, making it unsuitable for drinking or for any household use.

Owing to the collapse of the municipal water works, almost everyone has since turned to undergroundwater for relief.

However, due to the burden on ground water, aided by the destruction of the country’s wetlands, the water table has reportedly drastically gone down, reducing the output of most wells and boreholes.

There have been numerous reports of some boreholes having dried up, which many people have been blaming on the much-talked-about climate change and the resultant water pattern variability.

The persistent droughts the country has been experiencing have only made the situation much worse, especially as almost 90% of agriculture is rain-fed. Agriculture remains the main source of food security in Zimbabwe.

In most parts of Matabeleland, as it is in most arid and semi-arid areas, rainfall patterns are very irregular and most of the rain water is often lost as surface runoff. This explains why there have been reports of acute hunger and livestock deaths.

While irrigation would be a positive response to drought, it remains out of reach to the majority and is only afforded by a fortunate few.

It pays to preserve every raindrop

So, considering that water has continued to be a source of conflict in the country, as it is in most of sub-Saharan Africa, does it not make sense that, if possible, not a drop be allowed to go to waste?
What if we collected as much rainwater as we possibly could as a way of combating water problems?

I really believe a sustainable solution to help ease the persistent water troubles lies in rainwater harvesting — the re-direction and productive use of rainfall by accumulating and storing it in water tanks before it reaches the aquifer.

Although many might look at water harvesting as a fairly new concept, it is actually a practice that has been in existence from a long time ago, which was used mostly to aid agriculture.

The only thing that has changed is that there has since been developed newer and more efficient technologies for the procedure.

Because the systems are fairly easy to install and operate, and as we now face worse water problems than ever before, the low-cost rainwater harvesting alternative actually makes more sense today than in the old days.

The harvested water can be used for almost anything, both in the urban and rural set-ups. It can be used for gardening, cleaning, laundry, bathing, drinking, etc. On a large-scale, it can be used in sustaining livestock and irrigation, among its other uses.
Rainwater was traditionally considered the cleanest form of drinking water.

Today however, with the contamination in the atmosphere from many pollutants, it would be safer to use filtering technologies like passing it through gravel, rocks or sand to purify it.

In Zimbabwe, drinking rainwater might be much safer than drinking the contaminated municipal piped water, which has been blamed for some of the recurring cholera and typhoid outbreaks.

Source: The Standard (By Chipo Masara)

Rainwater harvesting would be a practical solution to easing the water supply issues in Zimbabwe and in many other parts of the world, including South Africa.  Even relatively arid areas with low annual rainfall are still suited to rainwater harvesting– a single rain event can produce thousands of litres of water in a very short space of time.  Often the limiting factor is the size and number of water tanks available for storing the rainwater.  When choosing a water tank, always err on the bigger sized tanks and ensure that the brand is well known and of high quality.  We recommend water tanks and rainwater tanks manufactured by JoJo Tanks (South Africa) as they carry a 5-year guarantee and are good value for money.  Click on the links below to see the various JoJo water tanks, JoJo tank stands and other JoJo Tanks products available.