Climate change is probably the world’s biggest distraction and not its biggest and most immediate challenge, which belongs to clean water, says Professor Grant Cawthorn. 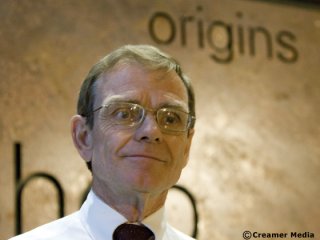 Cawthorn, Wits University’s School of Geosciences Platinum Industry Igneous Petrology professor, contends that the lack of fresh water will have a much greater global impact than a “one or two degree” temperature rise.

He recalls that eight of the world’s top economists, including four Nobel laureates, put Kyoto at the bottom of their Copenhagen consensus better-world priority list “because it would cost a great deal and do little good”.

Although he concedes that “we have to do something about climate change in the long term”, he contends that clean water and global-scale pollution are of more immediate concern.

“The trick is to worry about the right things first,” he says.

While the world is being distra 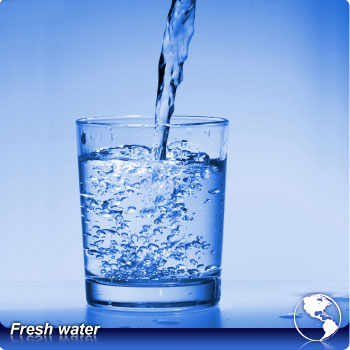 cted to focus purely on carbon dioxide, he recalls that Mother Nature has dealt with large volumes of carbon dioxide in the past.

“Provided we don’t push the limits too far, nature will come up with ways of dealing with the carbon dioxide,” he contends in a Mining Weekly Online video interview.

“Nature is incredibly benevolent and will actually help to solve our problems, but it may take a longer time than humans want to wait for, so we have to be responsible and react as well,” he adds.

Water footprints and perhaps even plastic footprints should be measured and not just carbon footprints.

He also decries recycling as inadequate.

“We’re encouraged to recycle. I disagree totally. Manufacturers should be forced to make products that can be repaired, reused, refilled and then, only as a last resort, recycled.

“We’re generating a vast quantity of plastic pollution. We live in a throw away society and that is going to destroy the world,” he adds.

While the seriousness and consequences of climate change and global warming should not be dismissed, perhaps it is time to start dealing with the issues facing us now.  There seem to be endless conventions, talks and agreements regarding climate change, costing millions of dollars, but very little action.  Prof. Cawthorn has a valid point, especially in South Africa where water scarcity and water pollution are huge problems.  We should be implementing rainwater harvesting projects and greywater recycling at a much higher rate.  Rainwater harvesting need not be complicated; poor communities can collect rainwater using simple guttering and a water tank beneath the eaves.  Education is key and health issues such as boiling/disinfecting/filtering rainwater are important to prevent illness (rainwater is pure and clean but rooftops can contaminate it).

Recycling can actually use more energy than it’s ecologically viable, read Recycling vs. Reusing: is there a difference?