The idea of taxing farmers and householders for rainwater collected on their properties could be outlawed if a Family First Bill is accepted. 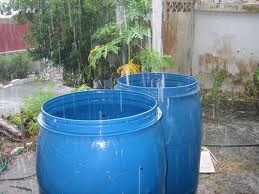 Family First Member for the Legislative Committee Robert Brokenshire said it was time the rumour claiming the State Government wanted to introduce a levy on water collected in dams and rainwater tanks was put to rest once and for all.

“For years now I have heard concerns in the community and rumours that the Labor Government wants to open up the opportunity to tax the rainfall,” he said. “And the only way I can provide certainty to my constituents, who are very concerned about this, is to legislate to prevent it.”

Mr Brokenshire said former Premier Mike Rann tried to squash the rumours via social media during his time in office but he was no longer in charge of the Labor Party and the claims made on Twitter did not have the force of law behind them.

He said he was also concerned about the current water allocation plan as it contemplated licensing large dams for their water extractions and as such, provided an opening for a volumetric levy to be added at a later date. Past moves by Mr Broken-shire to have further water levies outlawed have failed to gain support from either of the major parties.

He said he would be interested to see where the South Australian Liberal Party stood on the idea of legislating a ban on the rainwater tax as they would not support his move in 2011 to ban any further water levies during the 2011 National Resource Management Review Bill debate.

He said they also rejected Family First’s attempt to decline the Save the River Murray Levy and stop the introduction of Property Identification Code fees.

“In all three cases the Liberals wanted to keep all their revenue options open if they won office.

“If they represent country people and common sense they should not hesitate to ban rainfall taxation and I know some of their members privately think it would be a debacle,” he said.

Mr Brokenshire said he called for a line in the sand to be drawn on the rainfall taxation issue and for the major parties to show where they stood on the issue.

“We need to have this debate because this is a major election concern for farmers and rural communities from the Adelaide Hills to all ends of the State,” he said.

One wonders what next governments will tax; the taxation of rainfall is ludicrous although it does happen in many parts of the world but via indirect taxation (until recently, harvesting and collecting rainwater in water tanks was illegal in some US counties, some with restrictions still in place!).  Fortunately, rainwater harvesting is neither taxed or restricted in South Africa (yet?).  Businesses and homeowners in South Africa are encouraged to harvest rainwater and store it in water tanks for times of water supply cuts as well as for reducing the water demand on municipal water supplies.  At the heart of a rainwater harvesting system and many other water conservation systems is the water tank.  Water tanks should be chosen carefully and ‘cheap’ tanks should be avoided as they will not last long and may pose a hazard if they burst.  We recommend water tanks, rainwater tanks, tank stands and other products manufactured by JoJo Tanks (South Africa); click on the links below to view the wide range of JoJo Tanks products.