The dramatic, profound impacts of global warming are increasingly becoming apparent, particularly as regards vital freshwater supplies. Glaciers around the world are in retreat, threatening the sustainability of populations across entire regions—a process that has been under way for decades. 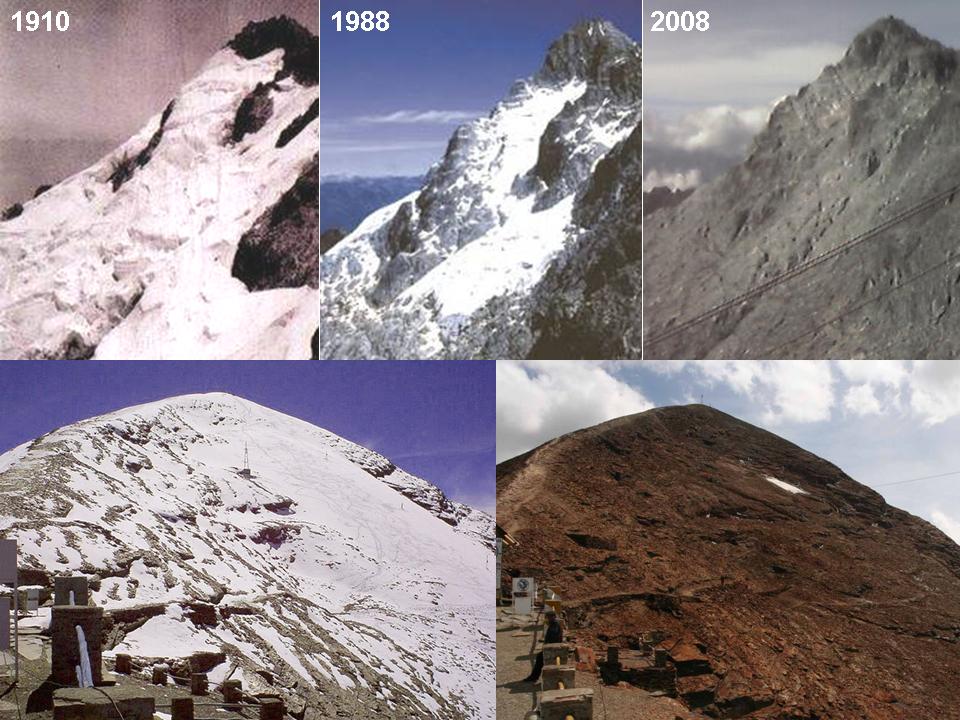 Water shortages and declining water quality are already much in evidence throughout the Andean region of South America. They’re threatening lives and taking away livelihoods up and down the length of the Andes, stretching from Colombia to Chile.

The warming climate and retreat of glaciers is, in turn, exacerbating migration from rural areas to urban centers, devastating what have been productive agricultural communities, emptying them of people and putting greater pressure on municipal, state and national governments and infrastructure that has shown itself to be largely incapable of addressing critical societal needs. Funding from the Japan Fund, administered by the World Bank, is helping scientists across the region better monitor and assess glacial retreat, enhance water resource planning and management, and local authorities and residents adapt to shrinking water supplies and declining water quality.

The socioeconomic impact of global warming and glacial retreat in the Andean region is highlighted in a World Bank video report. It’s being felt by business owners such as Gonzalo Jaimes, who has had to shut down a long-running ski resort on an area once covered by the Chacaltaya glacier.

Both the Chacaltaya and nearby Huayna Potosi glaciers in Bolivia’s Cordillera Real have been receding for the past 35 years, according to a scientists in what’s been a “disaster in the making.” The threats receding glaciers pose stretches far beyond these two Andean glaciers, however. “We have a 43% loss of total surface area of all glaciers in the Andes region,” La Paz Institute of Hydraulics and Hydrology researcher Ed Ramirez states in the video report.

Compounding the threat to rural residents and communities, the Andean region is experiencing “unprecedented urban growth through the last decades of the 20th and on into the 21st century, according to a report from the UN Environment Programme (UNEP) and GRID Arendal, with the population doubling between 1970 and 2001. The region’s urban population increased from 32 million to 85 million during this period. By 2003, the region’s urbanites represented 76 percent of the total population, up from 71.6 percent in 1994. By 2015, the UN Development Programme (UNDP) projects that city dwellers will make up 79 percent of the region’s total population by 2015.

A full 18 percent of the region’s urban dwellers are living in extreme poverty. Along with impoverished rural residents, they’re the most vulnerable to environmental threats and risk of disasters, such as droughts and floods, as well as health threats, including malnutrition and disease.

What makes this even more striking is that one-third of the world’s renewable water resources are located in Latin America and the Caribbean.

It’s estimated that some 38 million urban dwellers do not have access to adequate drinking water supplies, even though cities in the region have improved access to water, according to an Environment Times report by Elsa Galarza and Rosario Gómez of the Centro de Investigación, Universidad del Pacífico.

“On average 88 percent of the population of the Andes region has access to this resource, and 79 percent has access to drainage systems. However, access to water is critical in the shanty towns on the fringes of these urban areas, which are largely inhabited by the poor,” they write.

“In such areas, the scarcity of water has an enormous impact on children, exposing them to many diseases such us diarrhoea, parasitic fever or hepatitis. The Andes region has high rates of child mortality, with extreme levels reported for Bolivia and Ecuador, where 20% of children under the age of five die from gastro-intestinal illnesses.”

This is echoed in the World Bank video report, in which general contractor for Bolivia’s National Climate Change Program Carlos Salinas notes that the population of urban centers such as La Paz and El Alto is swelling with the influx of farmers and rural residents abandoning their lands and migrating to the cities. The government, he adds, has to provide them with basic services, including water supplies and sewage systems, putting even greater strains on their already inadequate resources and capacity.

Crises are erupting in some communities, both rural and urban. One community of 1,000 families relies entirely on just one communal faucet for all its water.

Funding, equipment, scientific and technical assistance from The Japan Policy and Human Resource Development Fund is helping scientists, government agencies and residents across the region cope with the changes being brought about by global warming, glacial retreat, diminishing water resources and seasonal weather patterns.

The Japan Fund, administered by the World Bank, has provided sophisticated technology and technical assistance that’s enabling regional scientists to enhance monitoring, assessment and predictions about water supplies as the glaciers continue receding. That, in turn, better informs policy makers responsible for addressing the resulting socioeconomic, as well as environmental and technological issues.

The Japan Fund is also helping rural and urban governments and residents adapt to diminishing water resources and climate change. The Japan Fund project team is helping farmers build reservoirs for water storage, install and make use of better irrigation systems and methods.

A substantial percentage of Bolivia’s population is already trying to cope with water shortages, Salinas points out, with those upstream diverting and storing water and at times cutting off supplies for downstream agricultural, rural and urban use.

“The city has no alternative water sources, so they must conserve a dwindling supply,” Salinas states. As part of the Japan Fund project, field crews measure and monitor water flow problems caused by poor infrastructure and people illegally tapping into water pipes.

A simple solution, albeit on a smaller, local scale, would be for communities to engage in rainwater harvesting and the installation of rain water tanks for storing water for the dry season.  Many of these Andean countries experience high rainfall during the wet season so there is no shortage of potential rainwater.  Rainwater tanks could ease the pressure on municipal water supplies until such a time as when the water infrastructure is expanded and upgraded.  Rainwater is naturally pure and thus very healthy for drinking purposes but it should be appropriately filtered or purified if collected off rooftops (where it could be potentially contaminated with debris on the roof and in the gutters).  However, rainwater collected off rooftops would probably still be far safer to drink, even unfiltered, than water drawn from sewage-contaminated rivers and lakes.  Aid organisations globally, would do well to fund the installation of water tanks and dispense some basic rainwater harvesting information, especially in higher rainfall areas.