Durban – More than 5 000 Durban residents have given the thumbs-down to the city’s controversial toilet-to-tap water recycling proposal. 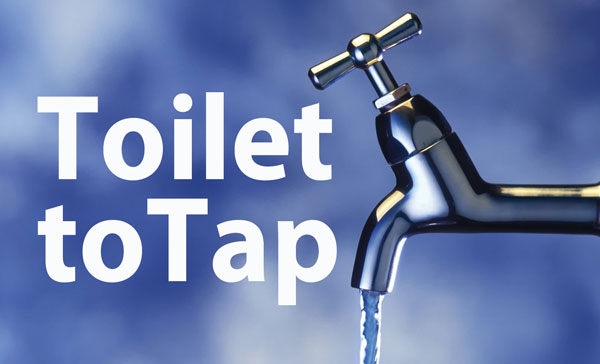 Most of the objections, which include a large number of signatures from Muslim residents, are contained in a petition sent to the city as part of the mandatory environmental impact assessment process which runs for the next six weeks, with an official deadline of December 10 for the last public comments.

The plan involves recycling and purifying about 116 million litres of wastewater a day from the KwaMashu and Northern treatment works and then blending it with conventionally treated water at a ratio of about 30 percent recycled water and 70 percent normal water.

If the project is approved, the new water would supply about 10 percent of the city’s current water demand and be piped to suburbs in the northern parts of the city, including Umhlanga, KwaMashu, Durban North, Glenashley, Phoenix, Newlands West, Umgeni Park and Avoca Hills.

The company says these treatments were designed to remove all germs, dirt, bodily fluids, chemicals and other contamination in a process similar to that used in Windhoek, Namibia, where residents have been drinking a blend of recycled water for 44 years without any reports of waterborne diseases or negative health effects.

Nevertheless, thousands of residents who signed a petition or sent in e-mail protests are strongly opposed to the proposal.

“As a Muslim, my religion does not permit me to use such water. Neither do I find it humanly possible to drink sewage water, purified or not,” Durban resident Zax Fyzoo complained in an e-mail sent to Golder Associates.

Zandile Mkhize complained: “This is disgusting.”

Pauline Smith suggested that instead of purifying wastewater, eThekwini should invest more money in fixing cracked pipes and reducing water theft and other non-revenue wastage which led to the loss of 36 percent of water currently supplied to Durban by Umgeni Water.

Maurice Grapendal, Kara Chanisse and Tharuna Devchand were among several residents who suggested that the city should rather set up a desalination plant to purify sea water.

“Instead of spending millions on treatment plants, spend it on educating the public on saving water,” suggested Faeez Ebrahim.

Maggie Hill said one of her main concerns was the risk of technical or operational error during the sophisticated water purification process.

“All it needs is human error and the whole of Durban could be wiped out by diseases like cholera,” she said.

Responding to some of the concerns, Golder Associates said that apart from Windhoek, which began a similar scheme in 1968, the Karoo town of Beaufort West had introduced a R42-million drinking water reclamation scheme that became operational in January last year.

Residents of Cloudcroft, New Mexico, had been drinking a blend of 50 percent treated effluent and 50 percent naturally sourced water for several years.

A senior official of the Singapore Public Utility Board told a recent conference in Durban that Singapore’s 5.2 million residents had also been drinking a blend of purified effluent for the past 12 years.

Senior Windhoek Water executive Jurgen Menge told the conference that it was essential to ensure public trust in such projects by ensuring that the treatment plants were not run by politically connected fly-by-night contractors.

In a background information document published earlier this month, Golder Associates noted that eThekwini had demonstrated its ability to meet the most rigorous water safety standards for several decades and scored 98.77 percent in the latest 2012 Blue Drop water management programme run by the Department of Water Affairs. – The Mercury

It will be some time before drinking recycled water will be generally accepted.  In South Africa, a water scarce nation, recycling water may become a necessity rather than an option to conserve water.  It is likely that Durban will implement this proposal.  One way of avoiding drinking recycled municipal water is for businesses and homeowners to install rainwater harvesting tanks.  Rain water is usually clean and pure before it encounters rooftops but the potential for contamination from roofs and gutters is there; we always recommend that rainwater be appropriately filtered if it is to be used for drinking.  Another very important aspect of any rainwater harvesting system is the storage of the rain water.  Rainwater can be stored in above-ground water tanks or underground water tanks.  JoJo Tanks manufacture a wide range of plastic or polyethylene water tanks including their new 6000 litre underground water tank. JoJo water tanks are also made with an FDA-approved food grade lining to keep the water in the tanks fresh for longer and reduce algae growth and are UV resistant- perfect for South African conditions. Click on the links below to find the right JoJo water tank, JoJo tank stand or other JoJo tanks product.