Green cottage on floating island made with 5000 used plastic bottles

Bulawayo’s water woes are set to mount, with its city council indicating that it will be extending water restrictions from three days a week to four. 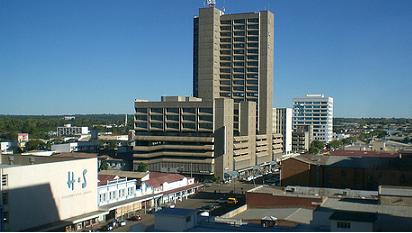 The move comes just two months after the council introduced restrictions in an effort to preserve dwindling water supplies following the decommissioning of the Lower and Upper Ncema dams.

The Bulawayo city council also made international headlines last month when it introduced a synchronised toilet-flushing programme on weekends, aimed at unblocking the city’s sewer system after prolonged water restrictions.

Water usage in the city remains at 123 000 cubic metres a day, which the council wants to reduce to 93000 cubic metres. The rainy season is not expected until early November and although the meteorological services department has forecast normal rains, local officials have indicated that, should there be a delay, a humanitarian disaster may unfold.

In the meantime, the minister of water resources, Samuel Sipepa Nkomo, has refused to bow to pressure from non-governmental organisations, councillors and residents to declare a state of emergency. Nkomo has said water shortages are not unique to Bulawayo and are prevalent in other parts of the country such as Harare and Chitungwiza, where they have led to outbreaks of cholera and typhoid.

“I believe that we have not yet reached that critical stage. I have got a document from some members of Parliament asking me to declare Bulawayo a state of disaster, but we have to assess the implications first. We have problems in other cities where the situation is worse than here,” he said.

Mismanagement
Observers argue that Bulawayo’s water crisis is shrouded in politics and does not stem from mismanagement. A lasting solution to the city’s water woes, they say, would be to complete the long-stalled Matabeleland Zambezi Water Trust project, which would draw water from the Zambezi River. Throughout the Matabeleland region, President Robert Mugabe’s Zanu-PF  is largely blamed for dragging its feet over implementing the project.

Analysts warn that the water crisis may tilt the scales against Zanu-PF in the next elections, because it remains an emotive issue.

Prime Minister Morgan Tsvangirai used the occasion of the MDC’s anniversary celebrations to play up the mounting anger against Zanu-PF.

“The water crisis in Bulawayo did not start with the MDC, but it is an issue that has been present for the past 30 years and Zanu-PF has failed to address it. They [Zanu-PF] are the ones to blame,” Tsvangirai said.

Bulawayo mayor Thaba Moyo said this week that the local authority was considering drawing water from the Zambezi using bowsers. The water would then be ferried to Bulawayo by train. Critics have dismissed this proposal as unfeasible.

The water crisis in many of Zimbabwe’s towns and cities continues to worsen; those lucky enough to own private boreholes are spared but groundwater reserves can easily be depleted from over-abstraction.  Many African countries, including South Africa, have not managed to expand and maintain water infrastructure as the populations of urban areas swell.  The solution for individual households and businesses is to become more water self-sufficient.  The installation of grey water recycling systems and rainwater harvesting systems can, in some cases, result in complete water independence.  Rainwater tanks fill up amazingly quickly during a good rainfall event; a number of above ground or underground water tanks can store thousands of litres of water that can be used during droughts and water restrictions.  Plastic or ‘poly’ polyethylene water tanks are both affordable and easy to transport and install; click on the links below to see the various rain water tanks and other tanks and tank stands made by JoJo Tanks (South Africa).