Water Management Tips for the Garden

The billions to be spent on South Afica’s water system will be among the state’s largest capital expenditure projects but it is still  unclear where the money will come  from. 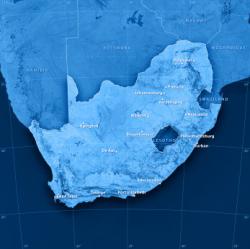 Private investment in water is minuscule at present, as the state appears to prefer it that way. However, the R668bn required to fix SA’s water system over the next decade won’t all come from government – up to half is expected to be provided by private sources.

A role for the private sector in water resource management is growing, says Aveng Water MD Khungeka Njobe. This extends beyond the construction of dams and other infrastructure to the treatment of water.

Njobe says there is a willingness within the investor community to fund viable water projects. And companies possess the technology to treat water that has been subject to high levels of contamination from mines or other industries. “As SA Incorporated, we can crack this,” she says.

For government, there may not be much of a choice. But it has no clear sense of how or where private participation could be used to best advantage.

Water affairs minister Edna Molewa suggests public-private partnerships are an option, “as long as water as a commodity remains in the hands of government”. But she is unable to say how the department intends to pursue this.

Progress made in Namibia indicates how far behind SA is. That country’s investment into water services stems from low rainfall rates. Windhoek has no fresh water resources, but it has overcome this through a variety of waste-water treatment solutions, many involving the private sector.

Njobe says Namibia is about eight years ahead. A public-private partnership was used to erect a waste-water reuse plant that supplies 30% of Windhoek’s water. Aveng Water recently constructed a sea water desalination plant for a private client north of Swakopmund.

The SA department’s existing relationship with the private sector is limited to disaster intervention. Companies, particularly high water users like Nestlé, Eskom, Anglo American and SABMiller, have growing concerns about the security of water supply.

The department and businesses have jointly funded projects in efficient water use, stopping leaks and effluent reduction through the Strategic Water Partners Network, which was convened in December 2011 through the World Economic Forum. Thus far, this has been the only real means of harnessing private resources.

Molewa says government is open to ideas on how to improve this relationship. The soon to be commissioned De Hoop Dam, she says, does have some private involvement. Based on receiving water from the dam, mining companies have committed to contributing R2bn to its construction.

Higher levels of private participation, however, could mean an increase in water tariffs. But the SA Local Government Association’s (Salga) Mthobeli Kolisa believes water authorities are not charging tariffs that accurately reflect costs, which affects their ability to invest. Higher tariffs and more subsidies for poorer municipalities have to form part of the process, he says. He has concerns about revenue at local government level.

Water and electricity tariffs are primary sources of income for municipalities. But rates are largely collected from urban areas, particularly the more affluent suburbs. Collection in townships is low, and in rural areas it is sometimes nonexistent. So rural municipalities have the burden of providing services without being able to collect rates. And municipalities find it especially difficult to collect revenue for water, as they are unable to cut off supply.

Residents owed municipalities R19,7bn for water provision at the end of 2011. According to national treasury, this is a quarter of the total that municipalities are owed, making it the biggest cause of outstanding debt.

However, local government has been accused of inaction, even when there are funds. Kolisa acknowledges that municipalities are often unable to spend the money that they do have. Salga has proposed a number of skills-related measures to the water affairs department. They include better salaries for staff with scarce skills and the creation of a learnership programme that would entail sending graduates to local government institutions for work experience. All the solutions imply higher costs.

The extent of the funding requirement is enormous. For the construction of dams alone, Molewa says, the department will need R270bn.

Municipalities, which look after water reticulation and treatment infrastructure, are also responsible for the most degradation that occurs.

Last year, Johannesburg Water, the country’s biggest single user and an efficient operator compared with most, said it would need R7bn over the next five years to repair infrastructure. But its budget allocation is unlikely to keep pace. The funding shortfall over the past 10 years amounts to R3bn.

Johannesburg Water manages a water network of 11000km of distribution pipes and over 100 reservoirs and water towers. Almost 40% of the city’s water is “unaccounted for”. The utility aimed to reduce this to 34% in the past financial year, but has failed to do so.

The department’s decision to consolidate water boards will have numerous benefits, including cross-subsidisation. Molewa says cities will be able to subsidise indigent, rural residents, because they will all fall within one water board.

This does not resolve questions about payment, however. Municipalities owe the country’s water boards more than R2bn, of which R1,12bn is in arrears (see article). This situation is not guaranteed to improve once the changes come into effect.