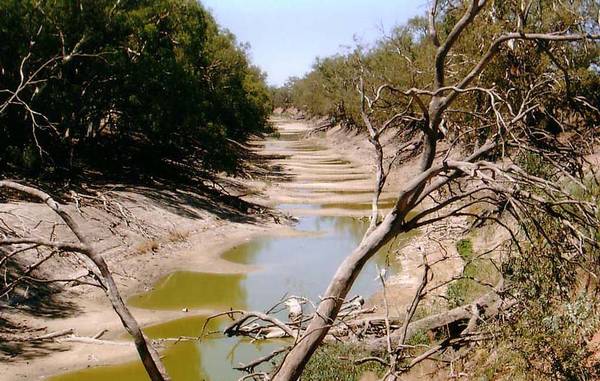 Seven of the world’s 10 most populated regions face such severe water shortages over the next three decades that they threaten to derail the growth which hundreds of millions of people in the developing world are banking on to lift them out of poverty.

The value of goods and services produced in these regions – which include large parts of India, Bangladesh and North-eastern Africa and are all in the developing world – is forecast to increase more than sevenfold to $15.6 trillion (£10.1 trillion) by 2050. This would increase their share of the growing global economy from 3 per cent now to 12 per cent, and bring prosperity to hundreds of millions of people.

However, water use in these regions is growing so fast that unless action is taken to safeguard its supply they will “face unsustainable water consumption, with significant water scarcity,” warns a report by Frontier Economics.

Failure to improve the efficiency with which the water is collected and used, for example by improving pipelines and other infrastructure, could mean that the economic growth expected in these regions “would not materialise,” the report adds.

The report has divided and analysed the world in terms of its “river basins” – areas of land, sometimes vast, drained by a river and its tributaries – the most populated of which is the Ganges, which straddles parts of India, Bangladesh and Nepal.

David Tickner, head of freshwater at WWF-UK, said: “This is an extremely serious issue for economies around the world. Improving the way we manage and allocate water is among the great challenges facing the world in the 21st century.”

The situation is so serious that Douglas Flint, chairman of the HSBC banking giant, yesterday called for politicians, businesses and individuals around the world to join forces to tackle the problem. “Today’s findings show that the future of river basins is critical for global economic growth. Rapid, collaborative action is needed to improve water resource management in river basins,” said Mr Flint as he launched a $100m partnership with the environmental groups WWF, WaterAid and Earthwatch.

Consumption becomes unsustainable when the volume of water extracted from ground and surface water flows exceeds 30 per cent of natural run-off, and the situation is regarded as “severe” if it exceeds 40 per cent, as seven river basins are forecast to do by 2050. Furthermore, three of the river basins – the Indus, which takes in parts of India, China and Pakistan, the Hai basin in China and the Krishna in India – are on course to breach the 100 per cent mark over the next 30 years.

The report also calculates that providing universal access to safe water and sanitation in Brazil, India and China would result in an “economic gain” of $113bn a year, increasing to $220bn a year if such a policy was implemented globally.

Although the upfront capital investment costs would be huge – estimated at more than $725bn by Frontier Economics – the infrastructure would last for about 35 years, giving a return of $5 for each $1 invested, including maintenance costs, Frontier Economics forecasts.

The only basin of the world’s top 10 which is not in the developing world is the Danube, which straddles 10 countries in central and eastern Europe, including Germany, Austria, Ukraine and Romania.

Source: The Independent (by Tom Bawden)

Water shortages and water scarcity issues will become headline news with increasing frequency; we indeed face a global water crisis.  If the world continues to use and abuse water as we currently do, and without implementing water conservation measures, we certainly face a bleak future.  Fortunately, many are realising the value of water and there is an increased awareness and voluntary implementation of water saving measures such as grey water recycling and rainwater harvesting tanks.  The simple addition of a domestic rainwater capture system with rain water tanks can collect thousands of litres of rain water per year, as well as saving money on water bills.  Commercial buildings often have huge rooftops ideal for rainwater collection- if every business had a series of rain water tanks (e.g. 10000 litre, 15000 litre or 20000 litre water tanks) or ‘rain barrels’ pressure on municipal water supplies and rivers would ease substantially (and urban stormwater run-off and waterway pollution could also be reduced),