How It’s Made – Solar Panels 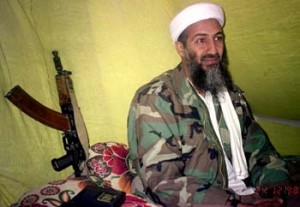 DUBAI — Osama bin Laden has expressed concern about global climate change and flooding in Pakistan, in an audiotape aired on the Internet, his first public remarks since March, a monitoring group said on Friday.

“The number of victims caused by climate change is very big … bigger than the victims of wars,” said the voice, whose authenticity could not be immediately verified and was made available by SITE Intelligence Group.

The tape would be the first time Bin Laden has spoken publicly since March 25.

It was not clear when the tape was made, but bin Laden congratulated Muslims on the holy fasting month of Ramadan which ended September 10. “The catastrophe (in Pakistan) is very big and it is difficult to describe it,” said the leader of Al-Qaeda.

“What we are facing … calls for generous souls and brave men to take serious and prompt action to provide relief for their Muslim brothers in Pakistan.”

Bin Laden made a series of recommendations to deal with climate changes namely preventive measures that he said should be taken by governments in the face of disasters.

“Providing tents, food, and medicine is a duty … but the disasters (facing many Muslim countries) are much bigger than what is being offered.

“Action should not be confined to providing emergency aid … but to set up a capable relief task force that has the knowledge and experience needed to” meet the challenges.

One of them is “setting up studies of urban areas that lie by rivers and valleys in the Muslim world,” pointing to floods that hit the Saudi city of Jeddah earlier this year.

He also called for a review of security guidelines concerning dams and bridges in Muslim nations and said more should be done to invest in agriculture to guarantee food security for all.

“Investment in agriculture needs a lot of efforts and yields small gains. The issue today is not about gains or losses, but about life or death.”

In one of two tapes issued in January, bin Laden blamed major industrial nations for climate change, a statement the U.S. State Department said showed that he was struggling to stay relevant. 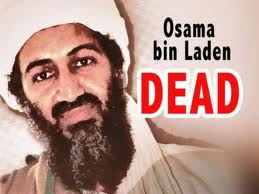 Osama Bin Laden is now dead- killed by US Navy Seals at his mansion in Abbottabad, Pakistan (01 May 2011).

Is this genuine concern for our planet or just for “Muslim nations”?  Or is this just a ploy to gain support?  Whatever the case may be, Bin Laden got one thing right: climate change has and will continue to claim far more victims than wars.  Wars and climate change are sometimes interlinked when it comes to disputes over natural resources such as water (see War and Water).  The Middle East is rich in fossil fuels but extreme water scarcity makes water far more valuable (when I was based in Abu Dhabi, I saw diesel being used to quell dust instead of water!).  Desalination plants help but these are seldom environmentally friendly (see Are desalination plants the answer to water shortages?).  The Middle East controls world oil prices now but as we move toward sustainable, cleaner renewable energy sources (such as solar energy), fossil fuels will be come less relevant. OPEC nations will need to start basing their economies on alternative industries.  Fortunately for them, the Middle East is ideally suited to solar energy production.  Saudi Arabia is developing a solar-powered desalination plant; this is an example of how water and energy are linked.