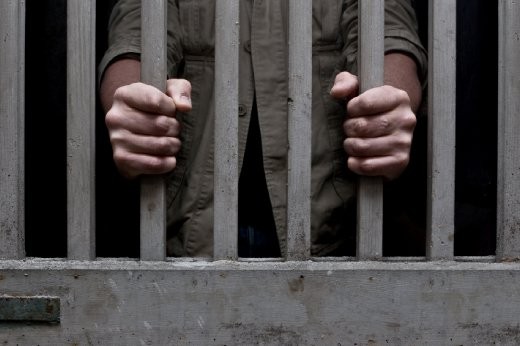 Gary Harrington, an Oregon (USA) man, will be spending a month in jail, after being convicted on nine misdemeanor charges. His crime? “Illegally” collecting rain water on his own property.

Harrington, who lives in Eagle Point, Oregon, has been fighting for the right to collect rain water since 2002. Now a decade later, he has been sentenced to 30 days in jail and fined over $1,500 for the man-made ponds he has built on his 170 acres of land.

For filling “three illegal reservoirs” on his property with runoff water, Harrington has been convicted on nine misdemeanor charges in Circuit Court. According to authorities, Harrington broke the law by collecting natural rain water and snow runoff, that landed on his property. Harrington said he stores the water mainly for fire protection.

According to officials with the Medford Water Commission, the water on Harrington’s property, whether it came from the sky or not, is considered a tributary of the nearby Crowfoot Creek. Thus it is subject to a 1925 law, giving Medford Water Commission full ownership and rights to the water. Due to this, prosecutors were able to argue in court that the three man-made boating and fishing ponds on Harrington’s property have violated the law.

Harrington says he will attempt to appeal, but as long as the conviction stands, he will have to serve 30 days of imprisonment. He has further been sentenced to an additional three years of probation. Harrington told the Mail Tribune, “Thirty days in jail for catching rainwater? We live in an extreme wildfire area and here the government is going to open the valves and really waste all the water right now, at the start of peak fire season.”

On CNS News, Harrington said that others should be fearful of how they could be attacked next. He told Associated Press, “When it comes to the point where a rural landowner can’t catch rainwater that falls on his land to protect his property, it’s gone too far. This should serve as a dire warning to all pond owners.” He states that he was issued permits in 2003 by the state, allowing him to do what he wished with the water on his own property. And although the state Water Resources Department saw no fault at first, they shortly after revoked that license and left Harrington to fight for another nine years. “The government is bullying. They’ve just gotten to be big bullies and if you just lay over and die and give up, that just makes them bigger bullies. So, we as Americans, we need to stand on our constitutional rights, on our rights as citizens and hang tough,” he told CNS. “This is a good country, we’ll prevail,” he states.

This seems like an absurd law although some States in the USA have, until recently, had similar laws and restrictions against harvesting rain water!  Perhaps there are some authorities who do not like the idea of citizens obtaining ‘free water’!

Luckily, in most countries, including South Africa, it is quite the opposite and we are encouraged to harvest and store as much rainwater has possible.  In some countries, there are even laws that ensure that new buildings have some kind of rainwater harvesting system incorporated into the design.  Businesses and homeowners can save money and water as well as do their bit for the environment by installing rain water tanks.  Whether these tanks are above ground water tanks or underground water storage tanks, JoJo Tanks (South Africa) manufacture poly water tanks to suit every need and situation.

Click on the links below to see the various JoJo Tanks products available.

VIDEO: Water conservation tips – How to conserve water at home
Indo-Pak: Will water scarcity cause conflict?