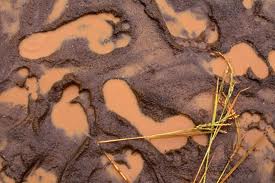 A decade ago, Nobel Prize-winning scientist Paul Crutzen first suggested we were living in the “Anthropocene,” a new geological epoch in which humans had altered the planet. Now, in an article for Yale Environment 360, Crutzen and a coauthor explain why adopting this term could help transform the perception of our role as stewards of the Earth.

It’s a pity we’re still officially living in an age called the Holocene. The Anthropocene — human dominance of biological, chemical and geological processes on Earth — is already an undeniable reality. Evidence is mounting that the name change suggested by one of us more than ten years ago is overdue. It may still take some time for the scientific body in charge of naming big stretches of time in Earth’s history, the International Commission on Stratigraphy, to make up its mind about this name change. But that shouldn’t stop us from seeing and learning what it means to live in this new Anthropocene epoch, on a planet that is being anthroposized at high speed.

For millennia, humans have behaved as rebels against a superpower we call “Nature.” In the 20th century, however, new technologies, fossil fuels, and a fast-growing population resulted in a “Great Acceleration” of our own powers. Albeit clumsily, we are taking control of Nature’s realm, from climate to DNA. We humans are becoming the dominant force for change on Earth. A long-held religious and philosophical idea — humans as the masters of planet Earth — has turned into a stark reality. What we do now already affects the planet of the year 3000 or even 50,000.

Changing the climate for millennia to come is just one aspect. By cutting down rainforests, moving mountains to access coal deposits and acidifying coral reefs, we fundamentally change the biology and the geology of the planet. While driving uncountable numbers of species to extinction, we create new life forms through gene technology, and, soon, through synthetic biology.

Human population will approach ten billion within the century. We spread our man-made ecosystems, including “mega-regions” with more than 100 million inhabitants, as landscapes characterized by heavy human use — degraded agricultural lands, industrial wastelands, and recreational landscapes — become characteristic of Earth’s terrestrial surface. We infuse huge quantities of synthetic chemicals and persistent waste into Earth’s metabolism. Where wilderness remains, it’s often only because exploitation is still unprofitable. Conservation management turns wild animals into a new form of pets.

Geographers Erle Ellis and Navin Ramankutty argue we are no longer disturbing natural ecosystems. Instead, we now live in “human systems with natural ecosystems embedded within them.” The long-held barriers between nature and culture are breaking down. It’s no longer us against “Nature.” Instead, it’s we who decide what nature is and what it will be.

To master this huge shift, we must change the way we perceive ourselves and our role in the world. Students in school are still taught that we are living in the Holocence, an era that began roughly 12,000 years ago at the end of the last Ice Age. But teaching students that we are living in the Anthropocene, the Age of Men, could be of great help. Rather than representing yet another sign of human hubris, this name change would stress the enormity of humanity’s responsibility as stewards of the Earth. It would highlight the immense power of our intellect and our creativity, and the opportunities they offer for shaping the future.

If one looks at how technology and cultures have changed since 1911, it seems that almost anything is possible by the year 2111. We are confident that the young generation of today holds the key to transforming our energy and production systems from wasteful to renewable and to valuing life in its diverse forms. The awareness of living in the Age of Men could inject some desperately needed eco-optimism into our societies.

What then does it mean to live up to the challenges of the Anthropocene? We’d like to suggest three avenues for consideration:

First, we must learn to grow in different ways than with our current hyper-consumption. What we now call economic “growth” amounts too often to a Great Recession for the web of life we depend on. Gandhi pointed out that “the Earth provides enough to satisfy every man’s needs, but not every man’s greed.” To accommodate the current Western lifestyle for 9 billion people, we’d need several more planets. With countries worldwide striving to attain the “American Way of Life,” citizens of the West should redefine it — and pioneer a modest, renewable, mindful, and less material lifestyle. That includes, first and foremost, cutting the consumption of industrially produced meat and changing from private vehicles to public transport.

Second, we must far surpass our current investments in science and technology. Our troubles will deepen exponentially if we fail to replace the wasteful fossil-fueled infrastructure of today with a system fueled by solar energy in its many forms, from artificial photosynthesis to fusion energy. We need bio-adaptive technologies to render “waste” a thing of the past, among them compostable cars and gadgets. We need innovations tailored to the needs of the poorest, for example new plant varieties that can withstand climate change and robust iPads packed with practical agricultural advice and market information for small-scale farmers. Global agriculture must become high-tech and organic at the same time, allowing farms to benefit from the health of natural habitats. We also need to develop technologies to recycle substances like phosphorus, a key element for fertilizers and therefore for food security.

To prevent conflicts over resources and to progress towards a durable “bio-economy” will require a collaborative mission that dwarfs the Apollo program. Global military expenditure reached 1,531 billion U.S. dollars in 2009, an increase of 49 percent compared to 2000. We must invest at least as much in understanding, managing, and restoring our “green security system” — the intricate network of climate, soil, and biodiversity. To reduce CO2 concentrations in the atmosphere to safe levels, we need to move towards “negative emissions,” e.g. by using plant residues in power plants with carbon capture and storage technology. We also need to develop geoengineering capabilities in order to be prepared for worst-case scenarios. In addition to cutting industrial CO2 emissions and protecting forests, large investments will be needed to maintain the huge carbon stocks in fertile soils, currently depleted by exploitative agricultural practices. For biodiversity, green remnants in a sea of destruction will not be enough — we need to build a “green infrastructure,” where organisms and genes can flow freely over vast areas and maintain biological functions.

Finally, we should adapt our culture to sustaining what can be called the “world organism.” This phrase was not coined by an esoteric Gaia guru, but by eminent German scientist Alexander von Humboldt some 200 years ago. Humboldt wanted us to see how deeply interlinked our lives are with the richness of nature, hoping that we would grow our capacities as a part of this world organism, not at its cost. His message suggests we should shift our mission from crusade to management, so we can steer nature’s course symbiotically instead of enslaving the formerly natural world.

Until now, our behaviors have defied the goals of a functioning and fruitful Anthropocene. But at the end of 2010,

two United Nations environmental summits offered some hope for progress. In October, in Nagoya, Japan, 193 governments agreed on a strategic plan for global conservation that includes protecting an unprecedented proportion of Earth’s ecosystems and removing ecologically harmful subsidies by 2020. And in December, in Cancún, countries agreed that Earth must not warm more than 2 degrees Celsius above the average temperature level before industrialization. This level is already very risky — it implies higher temperature increases in polar regions and therefore greater chance of thawing in permafrost regions, which could release huge amounts of CO2 and methane. But at least, Cancún and Nagoya turned out not to be cul-de-sacs for environmental policy. After years of stalemate and the infamous Copenhagen collapse, there is now at least a glimmer of hope that humanity can act together. Between now and 2020, however, the commitments on paper must be turned into real action.

Imagine our descendants in the year 2200 or 2500. They might liken us to aliens who have treated the Earth as if it were a mere stopover for refueling, or even worse, characterize us as barbarians who would ransack their own home. Living up to the Anthropocene means building a culture that grows with Earth’s biological wealth instead of depleting it. Remember, in this new era, nature is us.

Something that so many people forget is that we are part of Nature and we have a role to play in the great ecosystem, Earth.  Perhaps urbanization is one cause of this almost arrogant detachment; city-bound children have to be taught that milk comes from a cow, eggs come from chickens and that juicy lamb chop is from a sheep and they may never see these animals in real life.  Humans are at the top of animal world hierarchy and anything we do has a ripple effect.  It is time for us to start having a positive effect on the world around us and for us to question the sustainability of everything we do.