As increasing environmental pressures take hold in South Africa, the country’s major construction companies showed that they were starting to focus on pursuing green practices and projects, particularly in renewable energy projects where opportunities were emerging. 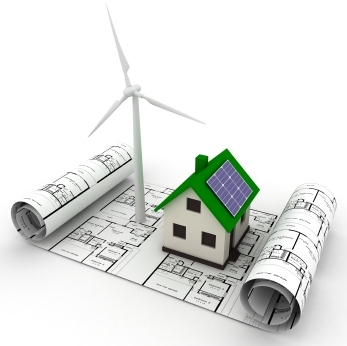 For Group Five in particular, a view has developed that climate change opportunities exceed risks, and the company sought to develop capabilities around greener practices and technologies on a wide scale across its business units.

“Group Five and other construction groups, such as Murray & Roberts see it as critical for the group to have the ability to offer low carbon solutions as required by clients,” said climate change consultancy Camco in its recently released case study called ‘The Construction Industry’s Path towards a Low Carbon Trajectory’.

The research was conducted by Camco and the Trade and Industrial Policy Strategy institution, with funding from the British High Commission, for the ‘Climate Change: Risks and Opportunities for the South African Economy’ project.

The study highlighted that South Africa’s construction sector has a key role to play directly and indirectly in moving the process of greenhouse gas emissions reduction forward.

It also suggested that a sectoral climate change development plan could assist the construction industry in taking its green practices forward, although this would require interactive discussions between government and construction industry players as well as a transformation of mind-sets within the sector.

A number of trends were evident in the construction sector, which were signalling changes in construction practices, an increased focus on the environment and, the introduction of greener practices and technologies.

It was also noted that there was clarity required from the South African authorities in terms of environmental priorities, as these influenced the type of interventions, investment and training in which construction firms needed to engage.

Another trend in the construction sector was that firms were engaging with products or strategies focusing on reducing energy consumption.

“Of note in terms of progress is that large firms are influencing the practices of suppliers. There is thus the opportunity for a more extensive process of energy efficient and environmentally-friendly products emerging within South Africa beyond construction firms – in manufacturing and through to service providers,” said the report.

The case study highlighted that greater efforts were required from authorities on South Africa’s objectives around various environmental commitments – at an international level, national level, and locally at municipal level.

Municipal governments were said to have a crucial role to play in the implementation of climate change mitigation policies, as well as the monitoring and evaluation thereof.

Cities were responsible for 80% of all carbon dioxide emissions and 60% of all freshwater consumption in South Africa. “However, for local governments to have authority to enforce policies, it requires clarity on the structure thereof – which is communicated to them from a national government level,” the report stated.

This encouraging as the more widespread green building becomes, so will costs of green materials and systems be reduced.  Climate sensitive design including features such as photovoltaic solar panels, solar geysers, rainwater harvesting and gray water recycling will ensure a degree of self-sufficiency and long-term savings in electricity bills and water bills, not to mention the environmental benefits. Also see Green Plumbing.

Living in the Anthropocene: Toward a New Global Ethos
Why Are Organic Products So Expensive?