The hot weather has seen tempers flare on Auckland’s Waiheke Island, where locals are accusing each other of using bribery and theft to battle water shortages. 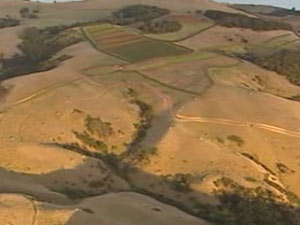 “We’ll just have to be a bit more careful next time,” she said.

“I don’t think we expected to be dry for this long.”

With no water mains supply to the island, residents rely on rainwater and deliveries. Locals say this summer is the driest they have had in 30 years, with no significant rainfall since November.

The waiting list for water deliveries is now four weeks and every day without rain sees that demand grow.

Owner of water company Wai-Water Steve Malcolm said he had 186 voice mails waiting to be answered.

“The list just gets longer and longer and the stories just get more and more desperate. There’s really nothing more I can do,” he said.

The shortage has prompted some residents to resort to dirty tactics, including trying to bribe water tank drivers.

Island resident Susie Newborn admitted she had tried it: “Double the amount for a tank of water and a pack of Heineken thrown in,” she said.

The hot weather has drawn a record number of visitors to the island.

“There are more and more people coming to the island and there’s still the same amount of water,” said Malcolm.

“It would be great if the landlords made a special effort to inform their guests how to conserve water,” said Newborn.

“If you walk into a typical Waiheke toilet there’s usually a sign that says, ‘If it’s yellow let it mellow, if it’s brown flush it down’,” she said.

Tong said people who are not from the island do not think about flushing the toilet or having a long shower.

“When we’re getting low on water we tend to just wet ourselves down, soap up. You’ve got to do what you can,” she said.

One usually thinks of New Zealand as a lush and water-rich country but water shortages such as these are beginning to occur more frequently in countries all around the globe, not just those classified as ‘dry’ countries.  Water shortages are not only caused by drought; other factors such as over-population, ailing water infrastructure and mismanagement of water resources are also often to blame.  It pays, therefore, to become water self-sufficient as far as possible.  Installing a rainwater harvesting system with an adequate number of rain water tanks is one solution.  Click on the links below to find your ideal JoJo water tank, JoJo rain water tank, JoJo tank stand or other high quality product manufactured by JoJo Tanks South Africa.