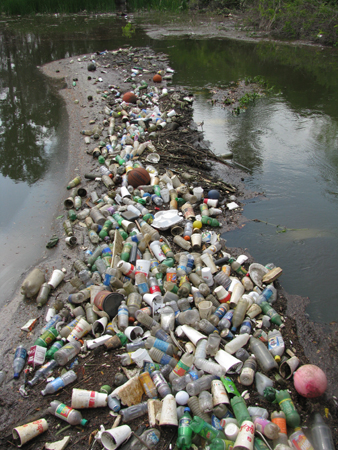 Water is so central to everything we do that, paradoxically, we tend to take it for granted. This is partly because access to steady supplies of water was central to decisions made centuries ago that dictated the location of the world’s great cities, nations’ centres of industry, and agricultural heartlands.

We wouldn’t be where we are if it wasn’t for the water. But now those ancient choices are starting to haunt us as access to water becomes increasingly precarious because of an increase in the number and severity of droughts, floods, and extreme weather events – think of the US in 2012: hit by the worst drought since the 1930s and then battered by superstorm Sandy. So while water is certainly a global issue, managing its uncertain nature must come from the local level. Corporations need to locate and keep track of water stress in their supply chains, so as to be prepared for any and all unforeseen catastrophes.

This documentation is increasingly necessary since global population is on the rise and a growing proportion of people are living in cities, many of them on the coast. Sea level rise threatens the 10 percent of the world’s population that lives in low-level coastal zones, with 65 percent of megacities having more than 5 million inhabitants located in these zones, according to the Brookings Institute.

A striking example of the way that water impacts spread far and wide has been seen in the U.S., where last year’s drought made water levels in the Mississippi river, one of the country’s major trade arteries, fall, making navigation increasingly difficult.

Every year, the Army Corps of Engineers reduces the water flow from the upper Missouri to help maintain irrigation systems and to satisfy the needs of the region’s other water users, including hydro-electric power suppliers. Releasing water from the Missouri river, which runs into the Mississippi, could solve the Mississippi’s problems. But the possibility of not reversing the flow has raised a storm of protest from drought-hit farmers in the states through which the Missouri runs, along with other water users. Yet if barges are unable to use the river, Midwestern farmers could miss out on crucial supplies of fertilizer.

This complex web of interdependence is a story being played out around the world, and while the most obvious impact of a U.S. drought is on agriculture – the sector accounts for 70 percent of freshwater use according to the United Nations’ Food and Agriculture Organisation – around the world, other sectors of the economy are pressing their claims for a growing share of that water. These sectors range from mining and energy to food and beverages. Business leaders are becoming ever more aware of the importance of water as a business issue. In 2011, for example, many of the world’s leading automakers saw their operations disrupted by floods in Thailand, where many of their suppliers have operations.

As Paul Simpson, chief executive of the Carbon Disclosure Project, which also runs the Water Disclosure Project or WDP, says: “Water is the lifeblood of the global economy. It is the element that binds us together, creating deep and complex interdependencies between companies, communities, and natural ecosystems and the pressure is growing for companies to build long-term resilience to water scarcity and flooding into their business.”

The ability of companies to locate water stress in their supply chains should be – but isn’t – a basic competence, as HSBC’s Climate Change Centre points out in a new report, Water: Resilience in a Thirsty World.

The WDP asks some of the world’s biggest companies to disclose their water risks and the strategies they are using to deal with them. The 2012 report reveals that over half of the companies that responded—53 percent, up from 38 percent in 2011— have experienced negative impacts from water-related challenges including water scarcity, flooding, rising compliance costs, regulatory uncertainty, and poor water quality in the past five years.

“The financial impacts of floods, droughts, and overall water quantity and quality are rippling across the world as industries cope with the impacts of the massive floods in Thailand, the most severe U.S. drought in 50 years, and the rising demand for water in developing economies,” says the WDP, while Swiss Re estimates that flooding impacts 500 million people every year and costs insurers $15 billion a year – the actual costs will be much higher.

Yet HSBC reports that of the 9,909 companies in Bloomberg’s BESGPRO Index, which lists companies that have disclosed various environmental, social, and governance Key Performance Indicators (KPIs), including 20 water data points, 8,258 had not reported any water data points. And these are the businesses that make some kind of effort on ESG factors —suggesting that the vast majority of companies are still failing to recognize and deal with their water risks.

As HSBC says, “Water stress is already impinging on company operations in terms of availability, quality, costs, regulation, and reputation. In the future, rising water demand, poor management of the resource, and climate change factors are conspiring to accentuate the risks.”

This is something that is worrying more and more investors, who fear that their returns are at risk because the companies they invest in have failed to grasp the severity of the issue. And this should worry us because it means that our pensions are at risk.

Thanks to the efforts of organizations such as the CDP, corporate disclosure is improving, but it “remains incomplete and inconsistent, partly because companies are nervous about disclosing information that could be used to a competitive advantage,” the bank adds. “As a result, equity valuations generally do not price in exposure to water risk.” Investors are effectively trying to manage water risks in a data desert at the moment.

Part of the problem is that water is many issues and it affects and is affected by a whole range of other issues, including population growth, urbanisation, intensive farming, climate change, and energy.

Unlike climate change, it is in many ways a local issue. While last year in the U.S., there was too little water, in the UK there was too much. In Australia, at different times, there was both too much and too little. For many businesses, from water utilities to chipmakers, quality is as much of an issue as quantity. And while water is something that individual businesses need to be aware of and plan for, the problems in the Missouri and Mississippi illustrate that it is also an issue of collective responsibility. A business can be doing all the right things to manage their water issues well and still be impacted by the actions of other users, sometimes hundreds of miles away.

The first step for businesses, as HSBC explains, is to measure their water footprint and identify which areas of their operations are most at risk. Then they need to integrate water into their performance metrics and the day-to-day management of the business. Next, given the shared nature of water resources, they need to engage with other water users, regulators, lawmakers, and “others who influence the quality and availability of water, both locally and globally.” “Finally,” the bank says, “companies need to communicate their understanding of water exposure and how they are managing it to various stakeholders.”

Only then will they properly be able to manage the risks and seize the opportunities presented by water stress, which are considerable – the global water services industry is set to double to $1 trillion in annual revenues by 2020, according to a new report by Bank of America Merrill Lynch.

Local water conservation measures also need to be implemented at the individual level- if everyone embraced water conservation measures in their daily lives, the benefits would be enormous.  Ironically, in South Africa, one often sees leaking taps and leaking pipes in the poorest of communities where running water is a luxury.  Education about water conservation is also key.  Water conservation systems such as greywater irrigation and rainwater harvesting tanks at the household and business level can also make a big difference.  Rain water tanks can store rainwater from the wet season for use during the dry season.  It is unbelievable how much rain water a rooftop can collect during a single rainfall event – often it is the number and capacity of the water tanks that is the limiting factor.