In February 2012, the Zuid Afrikaans Hospital (ZAH), in Mucleneuk, Pretoria, gave Michelangelo Technology the go-ahead to do a comprehensive Green Audit to determine what could be done to save on water and lights consumption. 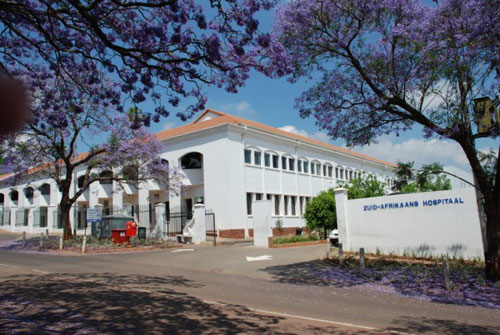 After a thorough consultation process, and presenting the Green Audit report to the board, the General Manager, Tienie van den Berg, contracted Michelangelo in June 2012 to start a Green Economy solution implementation.

“We are committed to improving the infrastructure at the hospital,” says Van den Berg.” The green approach proposed by Michelangelo can save significantly on our water and lights bill and at the same time reduce our carbon footprint, making Zuid Afrikaans the greenest hospital in the country,” he said.

“The Michelangelo Green Economy solutions currently being implemented at Zuid Afrikaans Hospital as part of Phase 1 have a projected monthly cost savings on the water and lights bill of ±R51 532 as from April 2013, with projected electricity savings of 117kVA and 50 494 kWh,” he added.

The current Green Economy implementation at ZAH includes 600 LED downlights, 50 LED bulbs, 600 LED tubes and 25 heat pumps with 1 500L of solar hot water pre-heating as well as 45 eco-shower heads (10L/min). It is expected that Phase 1 will be completed by Q4 2013 when a total of ±2 800 LED tubes will have been retrofitted with 5 500L solar hot water pre-heating in total, set to achieve monthly savings on the water and lights bill of ±R100 000 with projected electricity savings of 195kVA in peak demand and between 83 000 and 100 000 kWh energy saving per month.

It is anticipated that the Phase 2 Green Economy implementation at ZAH, scheduled for Q3 2013, will include building energy management with real-time monitoring and water conservation, including rainwater catchment tanks, with a target of achieving at least 20% saving on the air-conditioning system and 50% water saving.

Furthermore, the Phase 3 design study, starting in January 2013, will determine the feasibility of implementing a 500kVA solar PV solution at ZAH with possible funding from the IDC, supported by Eskom solar PV rebates, with implementation scheduled for 2014. In total, more than 50% savings are achievable on the current water and lights bill at Zuid Afrikaans Hospital with potential savings of at least 25 000 kL of water a year and an annual carbon footprint reduction of approximately 2 600 tons of CO2.

André Nel was named runner-up “Energy Efficiency Champion” at the 2012 Eskom eta Awards, held on 15 November, for energy-efficient designs completed during 33 Green Audits up to July 2012 and the project implementation at Zuid Afrikaans Hospital that, on completion of the first phase, will save the hospital more than 995 711kWh of energy annually.

Source: IT Web Business (By Andre Nel of Michelangelo Technology)

From a financial point of view, ‘going green’ certainly makes sense.  The initial outlay can be recouped relatively quickly with the price of utilities as they are.  The added benefits of being less dependent on sometimes unreliable municipal services as well being more environmentally sustainable, are a bonus.  Hospitals should be as autonomous as possible when it comes to electricity and water supply and if it can be accomplished in an eco-friendly way, so much the better.  Hospitals (as well as other large buildings such as schools, warehouses, etc.) are ideally suited to rainwater harvesting with their large roof surface area and space for the installation of rain water tanks.