South Africa is a water-constrained country. There’s no doubt that our ability to supply the water desired by agriculture, commerce and domestic usage is rapidly coming to an end. 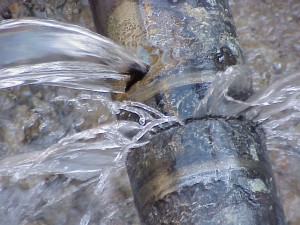 A growing population and an expanding economy, even at the slow rates this country habitually achieves, are stretching the deliverability of this most delicate of natural resources. Rationing in some guise cannot be far off.

One way of achieving this is to price water according to its scarcity value, applying the most fundamental of economic laws — that of supply and demand. While it is the case that every South African has the right to access sufficient food and water (section 27(b) of the Bill of Rights), it is also a requirement that the state safeguard existing sources of water.

It follows, therefore, that cases of haemorrhaging when water is permitted to gush out of faulty pipes is a gross dereliction of municipal responsibilities.

As an example, The Sowetan reported last week that gushing water has been flowing through the streets of Dube, Soweto, for more than a year, destroying roads with multiple potholes. In February, Johannesburg Water undertook to fix the Dube water problem within three months — but nothing’s been done. Dube residents responded by barricading roads around the area with rocks, tree logs and burning tyres in yet another delivery failure protest.

Johannesburg Water operates with negative cash flows and its overdraft at the end of June was R362m. Its bad debts for the second quarter came in at R259m and its revenue collection was short by 25% of the total projected sum.

Another example of the inability of Johannesburg Water to maintain the infrastructure reflects in the annual number of spills reported — 446 against a target of 300. Most of the spills occurred at the Northern Sewage Works and were the result of operational failures. The result was the discharge of untreated raw sewage into the Jukskei River, raising the level of E coli unacceptably. That water flows into the Hartbeespoort Dam, which feeds major irrigation schemes which supply produce to vast areas.

Jo Burgess, research manager at the Water Research Commission, says it is unclear how many water laboratories, which are “a critical link in the value chain that ensures safe drinking water for consumers and unpolluted water in our resources”, apply adequate quality control measures or employ suitably qualified staff.

University of KwaZulu-Natal hydrology professor Graham Jewitt told News24 that “it will be practically impossible to manage the country’s water resources if there are no data collection efforts … to inform water resource management of necessary interventions”.

Then there’s the Witwatersrand’s huge acid mine drainage problem, the accumulation over many decades of a vast quantity of polluted water in the three underlying basins.

This should be considered a national resource, not a problem. The difficulty associated with it is the need to desalinate it to make it potable. It is also critical that the water should be lowered before it decants in its noxious condition into neighbouring streams, many of which flow into the Vaal Dam.

The Trans-Caledon Tunnel Authority has been charged with resolving the issue. CEO Johann Claassens told Parliament in September that, ideally, nearly R1bn was required to fund the immediate and short-term capital costs, plus a further R535m for operational and maintenance charges. Desalination will be costly — but that may be the inevitable price that must be paid for good quality water.

What lies beneath Johannesburg and its environs could provide the answer to the metropolis’s water problems for many decades.

Many people in South Africa are becoming distrustful of the quality of municiple water, with good cause.  Incompetent municipal employees, corruption and lack of infrastructure maintenance and upgrading have already resulted in water supply cuts and pollution in many of our smaller towns.  The solutions to the problems are costly and will probably not occur in the short or medium term.  South Africans who want water security and a source of water they can trust, must invest in water conservation systems such as rainwater harvesting and grey water recycling.  Depending on the roof area and local rainfall patterns, in some instances, businesses and homeowners can become completely water self-sufficient if enough water tanks are installed to store rain water during the rainy season.  JoJo Tanks manufacture a wide range of types and sizes of water tanks, both above ground and underground water tanks and rainwater tanks.  Click on the links below to see which water tank suits your requirements (also see the various jojo tank stands, jojo chemical tanks, jojo septic tanks and other jojo tanks products available).