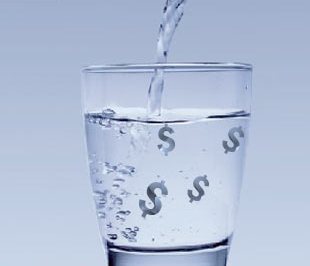 In its commentary on the Department of Water Affairs’ approved water tariffs for the 2012/2013 financial year, Agri SA said the newly released water tariff dispensation contained various positive aspects, amongst others the fact that it has not applied the maximum allowable increases. However, the organisation believes that the pricing strategy should be revised as soon as possible to bring about greater transparency in this regard.

According to Agri SA’s analyses, the water infrastructure costs at some government water schemes have increased by as much as 20%. In cases where the operation and maintenance costs are not yet fully recovered, these costs could have – according to an agreement with the Department – increased by as much as 50% per annum. “In such cases Agri SA’s negotiations with the department have resulted in a significant advantage of as much as 30%. Although water resource management costs in some of the 19 catchment management areas have increased in percentage terms significantly, the actual extent of these costs is in most cases nominal,” says Agri SA president Johannes Möller.

“In those cases where the water infrastructure costs are already fully recovered, increases of up to 20% are, however, excessive and not in line with the annual inflation rate,” said Möller.  “Agriculture is exposed and susceptible to administrative prices such as water and electricity tariffs, which threaten the economic viability of the industry. These are costs that cannot be passed on directly to the value chain. Sustainable production and food security are seriously undermined in the process,” added Möller.

Möller says that, in terms of legislation, the department is supposed to review the pricing strategy every five years. The strategy was last reviewed in 2005 and was effectively implemented in April 2007.  Agri SA has already submitted various proposals to the department on how the affordability of water can be addressed in line with international best practice. As far as is known, the tender for facilitating the review of the pricing strategy is still pending.

“What is encouraging, however, is that water tariffs at some schemes had decreased drastically, which indicates that the refinement of the department’s calculation methods is beginning to bear fruit,” said Möller.

The water tariff dispensation is very important to agriculture as approximately 1,3 million hectares are utilised by commercial irrigation farmers, with 120 000 permanent jobs as well as an unknown number of seasonal workers being dependent on the irrigation industry.  Approximately 250 000 traditional subsistence farmers, of whom the majority is women, also form part of this industry.

Around a quarter of agriculture’s contribution to the Gross Domestic Product is derived from irrigation.

Möller added that according to the information at Agri SA’s disposal, it seems that the tariff calculation methodology was not always consistently applied.  The review of the pricing strategy should, therefore, be used to address this problem and to ensure greater transparency in this regard.

The trend is and will be for water tariff increases to continue as we put more pressure on this precious resource.  The cost of water should be high enough for people to be encouraged to conserve it better.  Water is still relatively inexpensive if one considers its importance but this will change drastically in the coming decades; water really will be the ‘blue gold’ of the future.  There are still ways of obtaining free water- rainwater harvesting.  A business or household with a suitable rooftop can harvest thousands of litres of rainwater during the rainy season.  This rainwater can be stored in rainwater tanks for use during the dry season or when there are municipal supply cuts.  Water tanks are also useful for storing emergency supplies of municipal water for such times too.  A water tank or a series of water tanks is a relatively inexpensive investment (especially poly or plastic water tanks) that can help you to save money, save water and save the environment.