Pretoria – While sipping on bottled water has almost become something of a voguish statement, a survey has revealed that many South Africans are happy with the high quality water that comes straight from the tap. 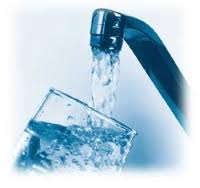 The survey, conducted by the Water Research Commission (WRC) and South African Local Government Association (SALGA) between March and May 2011, investigated urban South Africans’ perceptions of the quality of their water and the factors that influence perceptions.

It found that 81 percent of urban South Africans from all income levels perceived their tap water to be safe to drink. This concurs with international studies, which found that most people in countries with a reliable water supply perceived tap water as having a low safety risk.

South African water institutions are considered to provide some of the highest quality of drinking or potable water in the world.

The survey covered adults aged 16 years and older from all race groups. A random sample of 2 437 urban households was drawn.

The study also found that women were significantly less confident about the safety of tap water than men. Women were also more likely than men to boil or filter drinking water, and more inclined than men to drink only bottled water.

Younger people between the ages of 16 and 34 were more positive about the safety of drinking water than older people.

Consumers of non-metro municipalities in the Northern Cape, Eastern Cape, Free State and Mpumalanga had the lowest confidence in the safety of their tap water.

There was a wide range of factors which determined consumers’ perceptions about the safety of drinking water.

The top reasons people perceived tap water to be safe to drink included: the clean appearance of water; nobody gets sick; the water tastes and smells good; it is not polluted and the water is purified.

A very small percentage of the population based their perception of the safety of tap water on what they heard or read in the media.

Leader of the survey, Dr Sarah Slabbert, said: “Although the scope of this study was small, it provides a baseline within which to compare future studies.

“It also gives the water sector and its stakeholders an understanding of how South Africans perceive the quality of drinking water. The findings have several implications for policy, management and further research.”

Director for Water Use and Waste Management at the WRC, Jay Bhagwan, said the perception that tap water was clean and safe to drink and regularly tested was a major indicator of good municipal service.

South Africa’s municipal water supply is highly variable in quality, especially on the municipality level.  Although it generally is as good as many ‘Developed’ countries, the perception that because the water is ‘safe’ to drink needs some examination.  Water treatment plants in South Africa and around the world normally use chemicals such as chlorine to ensure the water is safe from biological hazards but the long-term effects of chlorine (via drinking- and bathing in chlorinated water) could be dangerous.  Bottled water is not eco-friendly so we would suggest that tap water (whether municipal or borehole/groundwater) be filtered appropriately before drinking.  Water tanks allow home owners and businesses to have some control over their water whether the water is collected rainwater or from other sources.  Water tanks also allow users to have a reserve of stored water when municipal water services are temporarily below standard due to natural disasters or human error.

South African programmes to protect the wetlands
Water Tanks: Reasons Why You Should Own Them