Do the fish in our oceans matter?

Exploring the Properties of Water 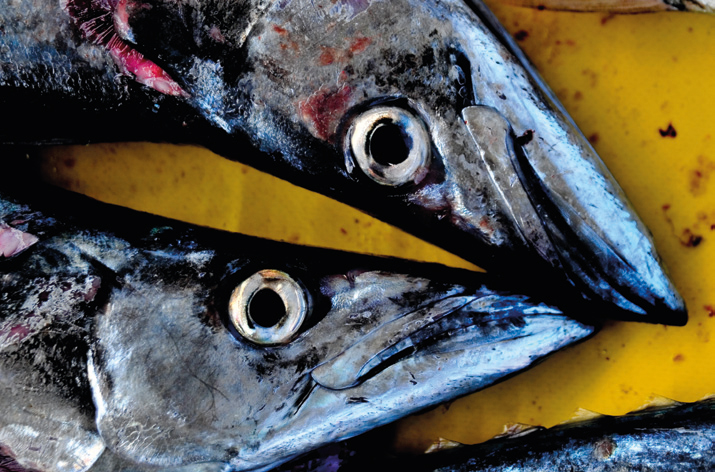 It’s hard to imagine the world beneath the surface of the oceans, those vast areas of water like the Pacific, Atlantic and Antarctic, where old maps proclaimed: ‘Here be dragons’. From land, the flat, blue-grey sea seems of minimal significance to our daily lives. But it is we who stand on the planet’s lesser part.

Science-fiction writer Arthur C Clarke once said it would be more appropriate to name our home Planet Ocean and not Planet Earth. Moved by the moon and the spin of the Earth and ruckled by wind and storms, the vast mass of oceanic water covers 71 per cent of the globe’s surface. In volume, that’s about 1,4 billion cubic kilometres of sea. It’s the amniotic fluid which nurtured the origins of all life. It sustains us still, supplying food for more than a billion people who depend on fish for protein. 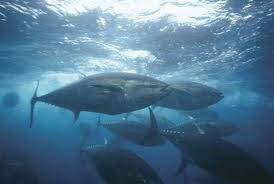 There is, however, a problem. As population numbers grow, so does the demand for sea products. Along the shore and out beyond the horizon (and most laws), thousands of ships trail millions of baited hooks or lower huge nets that move like great mouths through the water or drag along the bottom, causing untold damage.

I once thought that tuna were rather small fish, fitting conveniently into little round tins, until I saw some being hauled off a longline boat in Hout Bay Harbour. They were extremely large, sleek, beautiful aquatic rockets built for speed.

It struck me then that we tend to think of the creatures we eat by the packaging in which we buy them and not as sentient creatures with the misfortune of being caught or bred for our consumption. This makes it easier to order musselcracker, steenbras or kingklip without being aware that we are complicit, at best, in unsustainable fishing practices and, at worst, species extinction.

The last catch count I could find was back in 2006, when humans hauled 76-million tonnes of food out of the sea, which equalled about seven trillion individual creatures. That’s an awful lot of fish. What got me chewing on this problem was a little blue label on a packet of hake that said Certified Sustainable Seafood approved by the Marine Stewardship Council (MSC). Very few packages carry the label. Did this mean that most fishing was unsustainable, running down and in trouble? And if a stock was sustainable, how did the MSC know? How, in the vastness of the oceans, do you count fish?

The answer to the first question is that the oceans are in trouble and we humans are the cause. Rupert Howes of MSC was emphatic about that. ‘Over the past 50 years, there’s been a five-fold increase in the amount of fish taken out of the oceans,’ he said. ‘A third of fisheries are classified as overfished or depleted. Around 85 per cent of fish for global consumption is at its limit or running down. Over-fishing is the second biggest sustainability challenge after climate change.’

Seafood, it turns out, is one of the most traded primary commodities in the world, with more than half of it coming from the southern hemisphere and 80 per cent from the developing world. So many fish are being taken out that it’s not clear whether enough have been left in the sea to ensure a supply for future generations. So protection of wild stocks – counting fish – is one of our most important scientific endeavours. And it’s not easy.

According to MSC’s South Africa programme manager Martin Purves, the council uses third-party assessors who check the methods used by scientists to estimate the size of fish populations.

In some cases, government scientists go out in research boats and physically count fish hauled up in trawl nets. ‘If they do a trawl tract in the same area each year,’ he said, ‘they can pick up changes. These are used to model total stocks statistically. Of course there are many opinions about model methodologies and the results vary a lot depending on how you go about it.’

According to Samantha Petersen, WWF’s manager for sustainable fisheries, it’s very tricky to come up with reliable population estimates. ‘There are levels of uncertainty,’ she said. ‘The first is the estimations that go into the models. These carry inherent biases or errors because it’s difficult to estimate fish taken by predators, discarded or dumped fish, under-reporting of catch or illegal catches. So you’re using imperfect information to come up with a range of answers. Mathematical models try to take all this into account, but estimation techniques are as much an art as a science.

‘All this gets translated into a quota by way of political, economic and industry filters, which frequently result in quotas exceeding best scientifi c advice. This is especially true for species such as tuna and swordfish.’

The truth is, we know very little about our planet’s deep oceans. Around 99 per cent of the Earth’s biosphere is under the surface and, according to a census on marine life completed last year by 360 marine scientists, less than 10 per cent of it has been systematically explored.

They estimated there to be 22 000 fish species, which constitute only a small fraction of the life beneath the waves. The rest are crustaceans such as crabs, lobsters, krill and barnacles; molluscs such as snails, mussels, squid and octopus; and huge algal and bacterial mats, one of which was found to be about the size of Greece. Charismatic species such as whales, sea lions, turtles and sea birds account for less than two per cent.

So it’s evidently hard to count sea creatures and therefore to know our precise predatory impact on the oceans. But we do know things are going wrong out there and that we are the ones to blame.

The only way to avert a crisis, according to Samantha Petersen, is for us, as consumers, to act responsibly and to boycott unsustainable fishing.

Organisations such as the MSC and the Southern African Sustainable Seafood Initiative (SASSI) are important guides. But in the end it’s up to us to ask the important question: where is my plate of fish coming from? And to get an answer.

Get more online
If you want to find out whether a fish is sustainably caught or on the SASSI Red don’t-eat list, SMS its name to 079-499-8795. A reply should arrive before the waiter. For more information, go to www.msc.org or www.wwf.org.za/sassi

The usual suspect, human overpopulation, is the major problem.  Unfortunately, the environmental problems are going to get worse as long as our population continues to exceed the earth’s carrying capacity.  Even fish farming can have major environmental impacts and is not necessarily the answer to reducing pressure on wild fish stocks.  Knowledge and better management of resources and sustainable harvesting will help while we try to address  the issue of unsustainable human population growth.

Our efforts are made even more difficult with climate change and global warming exacerbating social and political instability.  As an individual, you can help our fish stocks by fishing sustainably (also see 10 tips for eco-friendly fishing) and by only buying fish that has been ‘eco-certified’ by a  reputable institution such as SASSI or MSC.