Getting Rid of Household Pests the Natural Way!

Solar Power to the People

Farmers in this iron-roof village in Sierra Leone say they didn’t know what they were getting into when they leased their land for a biofuel crop they now fear threatens their food harvests. 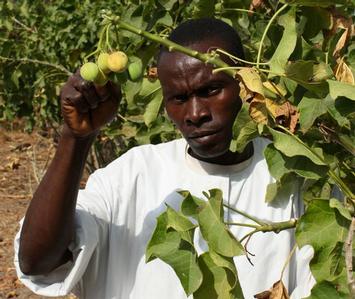 Addax Bioenergy, part of privately-owned Swiss Addax & Oryx Group, says it went through long consultations with locals when it won a lease for around 50,000 hectares (123,600 acres) for ethanol sugarcane in the poor West African country’s center.

Despite that, a land dispute has flared up, one that highlights a major obstacle to efforts to tackle climate change by growing fuel in some of the world’s poorest places.

“We were tricked. We feel the way we’re being treated is not in line with our agreement,” said rice farmer Alie Bangura, 68. “They promised things when we gave up our land that didn’t happen.”

Addax says a large share of a competitive $12 per hectare goes directly to farmers, rather than via landlords or officials, and that a development program to help farmers improve yields will ensure all villages have enough to eat.

Proponents of biofuel crops in rural Africa say they will help fight climate change, meet Africa’s own chronic energy shortages and give badly needed income from under-used farmland; critics say they take food out of hungry mouths by turning arable land over to feed cars, stoking tension with communities.

As environment ministers gathered in the Mexican resort of Cancun on Sunday for U.N. talks aiming for agreement on steps to slow down global warming, biofuels are likely to get little attention as doubts grow about whether they are realistic.

By one estimate, satisfying the EU’s biofuel targets alone will require an additional 4.5 million hectares of land by 2020, an area the size of Denmark.

Environmental groups have become alarmed at the pace with which vast tracts in Africa are being bought up for fuel crops.

A study by Friends of the Earth in August said biofuel demand was driving a new “land grab” in Africa, with at least 5 million hectares (19,300 sq miles) acquired by foreign firms to grow crops in 11 countries it had studied.

Ethiopia has earmarked 700,000 hectares for sugarcane and up to 23 million for jatropha. In Tanzania, rice farmers have been forced off their land to make way for sugarcane, the group says.

Kenya and Angola each have received proposals for the use of 500,000 hectares for biofuels and a plan for 400,000 hectares of oil palms is underway in Benin. Environmentalists are worried.

“The rush is definitely still ongoing. It is quite alarming the rate of land acquisitions by large companies,” Greenpeace Africa director Olivia Langhoff told Reuters by phone.

Langhoff said that in many cases promises are made that only fallow or marginal land will be used, but the plantation expands into good land as demand increases, squeezing out food crops.

Residents near the Addax plantation, many of whom signed away their land with thumb prints because they can’t write, say they thought the farm wouldn’t affect their fields in what they call “bolilands,” seasonally waterlogged areas suitable for rice growing, because the sugarcane is being planted in drier areas.

But irrigation channels dug up by the company have drained some of the bolilands, they say, damaging their rice fields. Other food crops of theirs such as cassava and wild palm trees used for cooking oil were razed when it developed the land.

“Even if Addax leaves the bolilands we will not be able to work,” said farmer Abdulai Serry in Lungi Ache village. “They have dug up canals and the water is no longer settling.”

Addax, which negotiated the lease directly with local people for its Sierra Leone plantation, says the villagers were consulted about the projects impacts and a local lawyer represented them, a rare example of a truly grassroots deal.

“Some of those who complain, it’s out of ignorance,” Addax social affairs manager Aminata Kamara told Reuters. “When they see outside people, they don’t see the benefits they will get.”

But on a continent where most people in rural areas live off subsistence farming and soaring populations compete for dwindling earth, conflicts over arable land are common. Adding foreign buyers in the mix can be explosive.

In 2008 high food prices prompted countries like China, and Saudi Arabia to seek farmland abroad, sparking protests. A lease by South Korea’s Daewoo for nearly half of the arable land in Madagascar, an island bigger than France, triggered a wave of protests that eventually ousted President Marc Ravalomanana.

And, as in Indonesia, natural forest might be cleared to grow fuel, making net carbon emissions bigger than fossil fuels.

Most environment experts think biofuels do have a future in Africa, but only if properly managed.

“Biofuels can in Africa improve access to fuels … and contribute to reducing greenhouse emissions, but biofuels are certainly not the silver bullet,” said the United Nations’ Environment Programme spokesman Nick Nuttall. “Africa needs to be careful about the choices it makes with biofuel production.”

Biofuels are suitable in certain instances.  Biofuel crops are not a sustainable alternative to fossil fuels where deforestation occurs or where they begin to compete with food production. Ideally, biofuel crops should be water-efficient, require little or no fertilizing and should be able to grow on marginal lands.  Jatropha is potentially a good candidate but only if planted under the correct circumstances.