Birth of ‘mini star’ on Earth could solve energy crisis

The Green Scorpions would begin a week-long ‘environmental enforcement’ campaign, says the Gauteng Department of Agriculture and Rural Development. 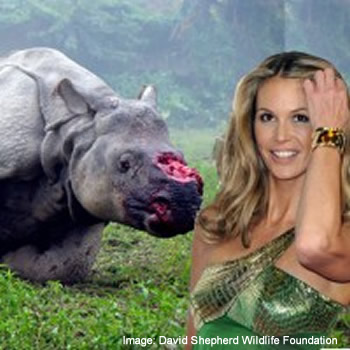 “The intensive programme will start with MEC Nandi Mayathula-Khoza’s visit to OR Tambo International Airport and the Pretoria Zoo where confiscated animals are held from 9am in the morning,” department spokesman Makoko Lekola said.

The campaign would also be taken to police stations across the province to develop strategies to better handle environmental criminal activities, said Lekola in a statement.

“… will also include working together with the Veterinary Enforcement team to manage entrance points to monitoring the movement of animals and pets.

“Recently the Green Scorpions have been bombarded with challenges of Rhino poaching in the province where more than 12 Rhino were killed as well as other violations of environmental laws.”

The rabies outbreak within the province was also a contributing factor to the campaign, said Lekola.

In a country where serious crime is rampant, not enough attention is given to environmental crime except when is comes to high profile and emotive incidents such as rhino poaching.  It is a fact that even seemingly benign environmental crimes  (such as illegal harvesting of medicinal plants) tend to lead to other types of criminal activity.  It is therefore imperative that anyone breaking environmental laws be charged and punished.  Intentional water polluters are potentially endangering the lives of other water users; often these polluters are  big industries that go unpunished because of their economic and/or political power.  Hopefully the green scorpions have some venom in their sting.  It beggars belief when celebrities such as Elle Macpherson admit to using powdered rhino horn as a medicinal supplement- the problem with rhino poaching is the demand for the horn that is used for dagger handles and so-called medicinal uses.