Birth of ‘mini star’ on Earth could solve energy crisis 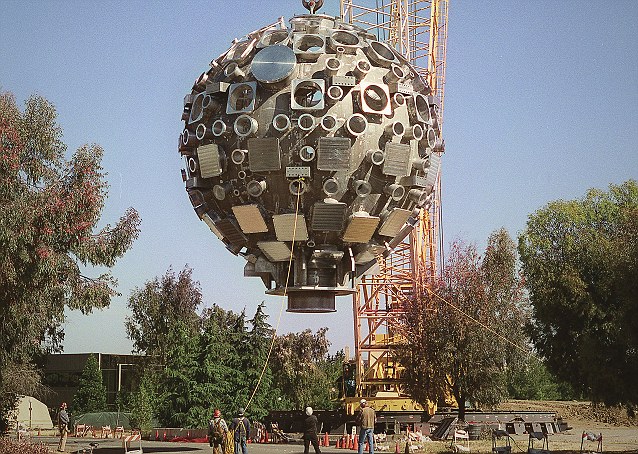 In a bid to solve Earth’s energy woes, scientists are contemplating building the world’s first “sustainable fusion” reactor by creating what they claim is a miniature star on our planet. Fusion is the process by which atoms combine releasing large amounts of energy – it can produce the equivalent energy of 300 gallons petrol from just a gallon of seawater and fuel equivalent of two tons of coal from 50 cups of water.

Following a series of key experiments over the last few weeks, the 2.2-billion-pound project has inched a little closer to its goal of igniting a workable fusion reaction by 2012, the ‘Daily Mail’ said. A team at the National Ignition Facility in Livermore, California, has fired up the 192 lasers beams at the centre of the reactor and aimed them at glass target containing tritium and deuterium gas.

The resulting release of energy was of a magnitude of 1.3 million mega joules, which was a world record and the peak radiation temperature measure at the core was approximately six million degrees Fahrenheit, say the scientists.

For a direct comparison, the temperature at the centre of the sun is 27 million degrees Fahrenheit. The scientists estimate that a prototype power station version of the fusion reactor could be operational by 2020 and that by 2050, almost a quarter of the US energy could well be supplied by fusion power.

“The results of all of these experiments are extremely encouraging . They give us great confidence that we will be able to achieve ignition conditions in deuterium-tritium fusion targets,” NIF Director Ed Moses said.

Added a spokesperson for the facility : “Fusion energy is very promising as a long-term future energy source, as the fuels required to generate it are relatively abundant on Earth and the creation of energy is safe and environment friendly. A fusion power plant would be carbon free, as well as produce considerably lower amounts and less difficult-to store radioactive byproducts than current nuclear power plants.”

Source: The Times of India

Fusion energy is seen by some as impractical and potentially dangerous.  However, as technology progresses, this form of energy generation will quite possibly become  feasible and sustainable.  In the mean time, other clean, renewable energy sources such as solar energy are becoming more accessible to the average person.  Solar panels and solar geysers have dramatically increased in efficiency and continue to become more affordable.  Replacing an electric geyser with a solar water heater can reduce household electricity bills by as much as 50%.  In South Africa, a solar water geyser typically amortizes its cost within 36 months (at current Eskom tariffs).