By admin on November 4, 2010 in climate change, global warming 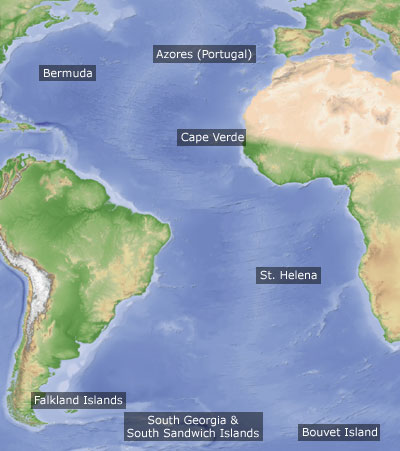 Universitat Autònoma de Barcelona scientists have researched how ocean currents in the Atlantic were affected by climate change in the past. The study shows that there was a period when the flow of deep waters in the Atlantic was reversed. The results are relevant for the near future since similar changes are expected to occur in the course of climate warming over the next 100 years.

The Atlantic Ocean circulation (termed meridional overturning circulation, MOC) is an important component of the climate system. Warm currents, such as the Gulf Stream, transport energy from the tropics to the subpolar North Atlantic and influence regional weather and climate patterns. Once they arrive in the North the currents cool, their waters sink and with them they transfer carbon from the atmosphere to the abyss. These processes are important for climate but the way the Atlantic MOC responds to climate change is not well known yet.

An international team of investigators under the leadership of two researchers from the UAB now demonstrates the response of the Atlantic MOC to climate change in the past. The new research results will be published on 4 November 2010 in the journal Nature. The research project was led by Rainer Zahn (ICREA researcher) and Pere Masque, both of the UAB at the Institut de Ciència i Tecnologia Ambientals (ICTA) and Department of Physics. With collaborators at the universities of Seville, Oxford and Cardiff (UK) they investigated the distribution of isotopes in the Atlantic Ocean that are generated from the natural decay of uranium in seawater and are distributed with the flow of deep waters across the Atlantic basin. The young investigator Cesar Negre studied the natural abundance of these isotopes in the seafloor sediments 2.5 km deep in the South Atlantic and achieved a PhD degree in the Environmental Science and Technology doctoral programme at ICTA.

The study shows that the ocean circulation was very different in the past and that there was a period when the flow of deep waters in the Atlantic was reversed. This happened when the climate of the North Atlantic region was substantially colder and deep convection was weakened. At that time the balance of seawater density between the North and South Atlantic was shifted in such a way that deep water convection was stronger in the South Polar Ocean. Recent computer models simulate a reversal of the deep Atlantic circulation under such conditions while it is only now with the new data generated by UAB scientists and their colleagues from Seville and the UK that the details of the circulation reversal become apparent.

This situation occurred during the ice age 20,000 years ago. Although this was far back in time the results are relevant for our climate today and in the near future. The new study shows that the Atlantic MOC in the past was very sensitive to changes in the salt balance of Atlantic Ocean currents. Similar changes in seawater salt concentration are expected to occur in the North Atlantic in the course of climate warming over the next 100 years. Therefore the data to be published in Nature offer the climate modelling community the opportunity to calibrate their models and improve their capacity to predict reliably future ocean and climate changes.

The research has been funded by the Spanish Ministry for Science and Innovation (MICINN).

Climate change, whether man-induced or ‘natural’, has and will continue to affect all aspects of life on Earth.  Whereas the causes of climate change and global warming continue to be debated, most people would agree that climate change is a reality and that we must adapt to it.  Climate change, as we are seeing it now, has resulted in extreme weather conditions that include drought and floods.Many parts of the world face a water crisis that can be attributed to changing weather patterns.  Water conservation is a critical component in the strategy to adapt in these uncertain times.