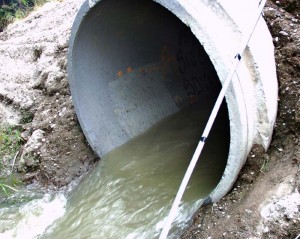 KwaZulu-Natal – Durban and Cape Town residents will have to start looking seriously at drinking recycled water from the local sewage works within the next few years as water supplies are running out and there is not enough time to build big new dams.

Speaking at a water experts meeting in uMhlanga on Tuesday, Department of Water Affairs planning director Johan van Rooyen said Durban and Cape Town were both flushing large volumes of domestic “waste water” into the sea when it could be recycled to meet the growing water demands.

While it was technically feasible to desalinate sea water to solve the shortage in these cities, the cost of desalinated water was around R12 per kilolitre, whereas recycling domestic effluent to tap water quality cost about R7 per kilolitre.

The conference is investigating and promoting the recycling of domestic and industrial waste-water into drinking quality tap water in the 30th most water-stressed country in the world.

A government water planning graph suggests that Durban would need to start using some recycled water within the next two years, despite construction of the new Spring Grove Dam near Mooi River.

Gauteng would face similar pressure to reuse more effluent as it would cost about R17/Kl to transfer water from the uMzimvubu River in the Eastern Cape or R35/Kl from the Zambezi River.

Jo Burgess, vice-president of the Water Institute of SA, said the first reaction of many people to drinking sewage water was: “Yuck.” However, South Africans had indirectly been drinking recycled sewage water for several decades from rivers contaminated by sewage overflows from shack settlements and municipal treatment works.

Since 1969, residents of Windhoek in Namibia had been drinking purified sewage water which was blended with dam and river water after being purified with a variety of technologies such as ultra-filtration, reverse osmosis and ultra violet light.

Most of it was used by factories, power stations, air conditioning and irrigation of parks, but between 2.5 percent and 10 percent of recycled water was blended into conventional water supplies.

Known as NEWater, the recycled water provided about 30 percent of Singapore’s needs and there were plans to push this up to 50 percent by 2060.

However, senior SA Water Affairs department official Fred Van Zyl said that if sewage water was to be recycled into tap water quality in SA it would be essential to ensure that the system was run by competent and skilled people.

“There is already a sense of distrust in SA [around conventional municipal water treatment]”, he noted.

Van Zyl said there were also plans to increase irrigated land by 10 percent over the next few years, but he questioned where this much extra water could come from as fresh water availability had reached its limits in most parts of the country. The “good news” was that there was still a lot of water which could be recycled or used more efficiently – but at the moment more than 83 percent of SA towns and cities were not doing enough to conserve water and reduce wastage.

One of the main contributors to sewage water is greywater; water from bathing/showering, laundry water and kitchen water.  Grey water can be successfully recycled on a small scale domestically.  Even easier, is grey water irrigation – gray water is good for plants and saves on water and fertilizer costs (check out this post: Some plants thrive on grey water, study finds). Rainwater harvesting also reduces stormwater runoff which ultimately ends up in our water courses and the sea.  Rainwater tanks on a property ensure that there is an alternative supply of water during municipal supply cuts and municipal water contamination events (an increasing occurrence in many of South Africa’s towns and cities).  Choose high quality, food-grade water tanks from reputable brands such as JoJo Tanks South Africa.  Click on the links below to view the wide range of JoJo Tanks products, including rain water tanks, water tanks, chemical tanks, underground tanks, slimline tanks, septic tanks and tank stands.