Saudi Prince Worries We Might Find Alternatives to Oil

This is important, since deforestation and forest degradation are the second-largest source of human-caused carbon dioxide emissions after the burning of fossil fuels. While forests stand, they take in and lock up carbon dioxide; when they burn, they release it into the atmosphere. 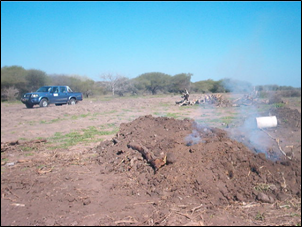 Felled wood being burnt under mounds to make charcoal in Mozambique

International plans to pay developing countries to stop destroying tropical forests could backfire because they fail to account for one important benefit poor agricultural countries get from clearing forests: charcoal to use as a cooking fuel.

A team of African, British and U.S. scientists and economists looked at what was happening in Tanzania, where the poverty level is high, food supplies are insecure and forest is being rapidly converted to farmland.

If a program simply pays Tanzania not to cut down its forest, the people who need cooking charcoal and farmland may be worse off, even as carbon-holding trees stay standing, said the report’s lead author, Brendan Fisher.

But if a climate program added efficient cookstoves that use less charcoal and better quality crop seeds for greater yields, the benefit of keeping the forests intact would outweigh the cost to local people, said Fisher, of Princeton University and the University of East Anglia.

CARBON STORAGE “ON THE CHEAP”

“There might be a chance to store carbon and improve food security and livelihoods in sub-Saharan Africa on the cheap,” Fisher said by telephone. The research was published in the journal Nature Climate Science.

The study aims to build on an international climate mechanism called REDD+ — short for Reducing Emissions from Deforestation and Forest Degradation — where developed countries pay developing countries for forest conservation.

Fisher and his co-authors proposed a modification to this plan which they dubbed Smart-REDD, calculating how much crop yields and fuel efficiency would have to increase to compensate for the costs of forest preservation.

They figured Smart-REDD would cost $6.50 per ton of carbon dioxide saved, almost double the $3.90 cost needed to compensate forest users for loss of charcoal and farmland in Tanzania. But $6.50 is still far less than the current price of carbon, about $24 per ton in the European Trading Scheme, the authors said. 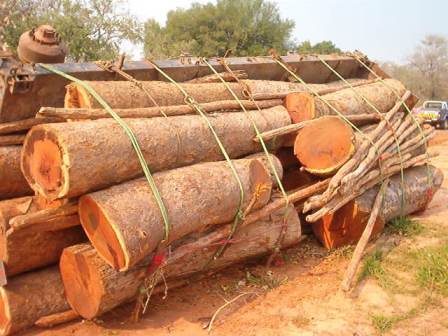 Even a doubling of crop yields could be possible with a carbon price of $12 a ton, the team reported.

“From our calculations, it may be possible to link large increases in food production and food security with carbon conservation in extraordinarily biodiverse forests, and all at a pretty low cost,” co-author Andrew Balmford of Cambridge University said in a statement.

This would be possible in Tanzania, where agricultural production and fuel efficiency are low and could be improved with better cookstoves and seeds, Fisher said.

It wouldn’t be economically practical in parts of Southeast Asia where lowland rainforests are being cut down for timber and agriculture, specifically palm oil plantations. The break-even price for Smart-REDD there would be about $50 per ton of carbon dioxide saved, he said, more than double the European carbon price.

High oil prices will also probably contribute to increase deforestation in Africa as electricity and fossil fuel based cooking and heating  becomes too expensive for the poor.  After a lull, Brazilian deforestation is skyrocketing and the same thing is occurring in many other forest-rich countries.  Ironically, in South Africa, when many of the poor, rural areas were provided with electricity, the felling of trees for firewood decreased.  But as Eskom continues to hike electricity tariffs, those poor households that are paying for their electricity may be forced to revert to wood-fueled cooking fires.  Renewable energy such as solar is the answer, especially as solar pv panels and solar water heaters become more available and less expensive.