One of the most important decisions facing designers of plug-in electric or hybrid vehicles is related to battery choice. Now, researchers at the Norwegian University of Science and Technology (NTNU) have used a life cycle analysis to examine three vehicle battery types to determine which does the best job of powering the vehicle while causing the least amount of environmental impact during its production. 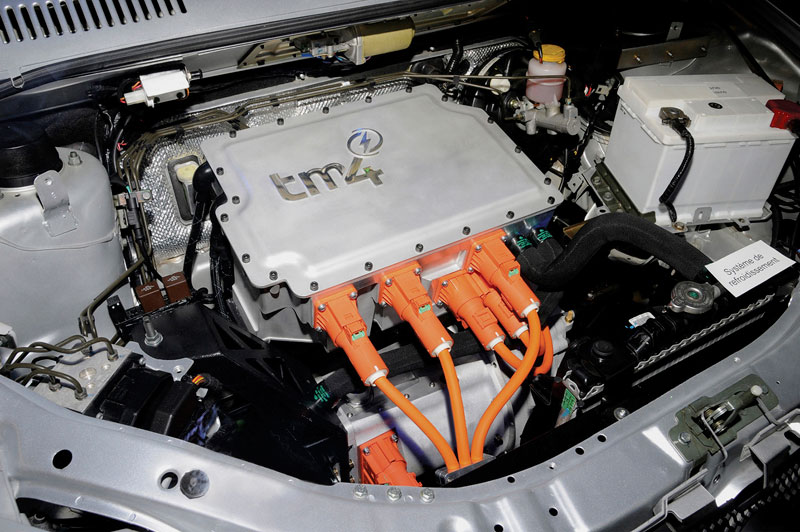 Their results, published in the latest edition of the scientific journal Environmental Science and Technology, show that on a per-storage basis, the nickel metal hydride (NiMH) battery had the most environmental impact, followed by the nickel cobalt manganese lithium-ion (NCM) and iron phosphate lithium-ion (LFP) batteries for all impacts considered, except ozone depletion potential. The researchers also found higher life cycle global warming emissions than have been previously reported.

The researchers, Guillaume Majeau-Bettez, a PhD candidate in NTNU’s Industrial Ecology Programme; Troy R. Hawkins, a researcher in the programme; and Anders Hammer Strømman, an associate professor in the programme, conducted a life cycle analysis of the three battery types and looked at 11 different types of environmental impacts from their production. These impacts included everything from greenhouse gas emissions to freshwater ecotoxicity, freshwater eutrophication and human toxicity.

The researchers were surprised to find that except for ozone depletion potential, the NiMH battery performed significantly worse than the two Li-ion batteries for all impact categories. The researchers attributed this difference to the greater use phase efficiency of Li-ion relative to NiMH, and the fact that each kilogram of Li-ion battery is expected to store between 2 to 3 times more energy than the other battery types over the course of its lifetime.

“The NCM and LFP batteries contain at least an order of magnitude less nickel and virtually no rare earth metals,” the researchers also observed. “Among Li-ion batteries, our analysis points to overall environmental benefits of LFP relative to NCM, which can be explained by a greater lifetime expectancy and the use of less environmentally intensive materials.”

For all three batteries, the energy requirements for their manufacture were a major cause of greenhouse gas emissions. One component of the analysis demonstrated the environmental significance of using polytetrafluoroethylene as dispersant/binder in the electrode paste. Its production was responsible for more than 97% of the ozone depletion potential of all three batteries, along with 14 -15% of the greenhouse gas production from the two Li-ion batteries, mostly due to the halogenated methane emissions. The final shipping and the production of the cell containers, module packaging, separator material, and electrolyte contribute relatively little to causing environmental damage, with collectively less than 10% of any impact category.

The researchers also point out the importance of the choice of the functional unit for the life cycle analysis. While the production of NiMH causes the least greenhouse gas emissions impact per kilogram, its lower energy density makes it score worst both relative to its nominal energy capacity and the researchers’ storage-based functional unit. Similarly, the greenhouse gas impacts of LFP and NCM production are roughly equal for a given mass or nominal energy capacity, but the greater life expectancy of LFP confers a net environmental advantage to this type of battery for a per-energy-delivered functional unit.

“A shift from NiMH to Li-ion may thus be viewed positively,” the researchers concluded. “Though associated with important uncertainties, our results point to a higher than expected level of environmental impacts for the production and use of traction batteries. This inventory and life cycle analysis provide a basis for further benchmarking and focused development policies for the industry.”

The environmental impacts of batteries for hybrid and electric vehicles have often been criticized as countering the benefits of EV’s.  Battery technology is lagging behind not only in the transportation fields but also in energy storage for renewable energy sources such as solar power.  However, battery technology is starting to receive more attention and emphasis is being placing on increasing storage capacity while decreasing environmental impacts of all facets of their production.  Also read: Does it make sense to buy a hybrid vehicle?