To fly a jet by solar power might take football-fields worth of solar cells; but to turn sunlight into liquid fuel via artificial photosynthesis could someday power jet airplanes.

Postdoctoral scholar Shane Ardo uses light to produce hydrogen gas (the bubbles) in water at the California Institute of Technology. There, at the Joint Center for Artificial Photosynthesis, scientists are trying to harness sunlight to generate chemical fuel, specifically by splitting water to generate hydrogen.

What happened last July over the Jura mountain range of Switzerland might one day be considered the age of sustainability’s “Kitty Hawk” moment.

An airplane was lifted into the sky by four nearly silent propellers. Its disproportionately broad wings, 208 feet tip to tip, were covered in solar photovoltaic (PV) cells. Those PV cells converted sunlight into electricity, powered the plane’s motors, and charged a battery. The plane flew for 26 hours – its sun-charged battery powering it through the night.

The privately financed Swiss plane – Solar Impulse – is an unprecedented achievement among a series of solar planes built over the past several decades, but it highlights a serious gap in renewable energy. Despite a wingspan almost as wide as that of a Boeing 747, it carried just two passengers and puttered along at just 45 miles per hour.

Solar planes probably won’t replace the world’s fleet of high-speed, fuel-burning jets. Even if electric thrusters capable of pushing a plane at more than 500 m.p.h. existed, the power needed to run them would be prohibitive. Estimates suggest that a fully loaded 747-400 jet would need around 200 football fields’ worth of state-of-the-art solar cells to stay aloft. If it flew from New York to London by battery, that battery would have to weigh a million pounds – roughly 10 times the weight of jet fuel that such flights now require. The plane would have no capacity for cargo or passengers.

The enduring problem is that liquid fossil fuels hold far more energy per ounce than batteries do. If the world is to switch to renewable energy while maintaining air transport, then new ways must be found to produce liquid fuels. Researchers have long understood this, but rising fuel prices now command the attention of the business community as well.

“Aircraft fuel is an expensive product and there is no substitute for it,” says Erik Straser, general partner at the venture capital firm Mohr Davidow in Menlo Park, Calif.

One emerging option is artificial photosynthesis – after all, if fuel is a better way to store energy, then why not turn sunlight directly into fuel instead of electricity?

Nathan Lewis, a chemist at the California Institute of Technology in Pasadena, has built PV cells that split water molecules to generate hydrogen gas, a fuel. His cells convert sunlight into chemical energy 10 to 40 times more efficiently than most crops.

“It’s reasonable to say that within our first five years we will have working prototypes that can be manufactured at scale,” says Mr. Lewis.

The challenge will be combining that hydrogen with carbon dioxide to form hydrocarbons found in diesel or jet fuel. It’s chemically possible, but might require a dozen steps. 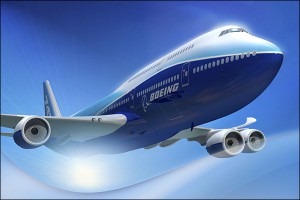 “There are no established commercial processes for doing that,” says Chunshan Song, a chemical engineer at Pennsylvania State University in University Park. The venture capital community has funded 100 or more companies looking for other paths to renewable fuels.

Other companies are engineering algae that churn out oils similar to diesel. The algae can grow in salt water, so arable land and fresh water aren’t drawn away from food crops.

Algae farmers must reduce their costs by 10-fold to produce fuel at competitive prices. Companies need to make money before they reach that tipping point. OPX is doing it with microbes that produce acrylic acid, a chemical used in manufacturing paints – and that sells at higher prices than fuels do. Some algae-farming companies are selling higher-priced carotenoids and omega-3 fatty acids that are used in foods.

“Chemicals are probably the more reasonable entry point for many of these technologies,” says Mr. Straser. “The specialty chemicals will create the most profit initially.”

This article describes how solar power requires too much surface area and battery storage for certain applications.  This is true at the moment but solar energy technology is advancing at an unprecedented rate.  Just as so many other human creations have become smaller and more efficient, so will solar panels.  Energy storage technology has some major catch-up to do- this is a limiting factor for many applications.