How To Stop Soil Erosion In Your Garden (Video)

If one of the world’s leading oil producers and exporters is officially acknowledging that alternative energy production is the way of the future and the key to human sustainability and survival of our tiny little planet, why is the idea even open for debate? 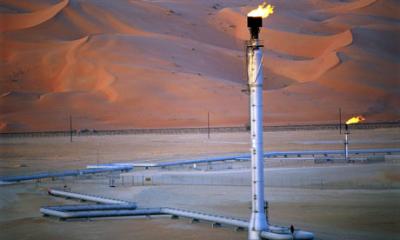 The United States is currently the largest oil consumer in the world – burning through a whopping 18.8 million barrels per day.

Since the oil crisis of the 1970s, many have been warning of “peak oil” – that moment in time where we as a planet will have officially tapped out on oil production and begin to literally drain the planet dry until there isn’t enough yet to power a single city, much less a nation.

And while it is no secret that Saudi Arabia is largely known for its vast oil reserves and subsequent wealth, in the face of “peak oil”, the region is poised to increase the production and use of “renewables” as the wells begin to run dry.

While stocking up on reserves to keep the export-flow to sucker customers pulling in cash from countries that just cannot seem to shake the addiction to the gloopy black stuff (like the U.S.), the nation’s energy policies are converting steadily to renewables.

“Fuel supply is one of the major challenges facing the power sector and the nation,” said Saudi Arabia’s deputy minister for electricity, Saleh Al-Awaji. “The policy is to work intensely on saving energy and making sure every barrel of oil that can be saved is, and is made available for export.”

Saudi Arabia is working on decreasing their own oil dependence by diversifying their renewable sources, including solar and nuclear. The country has recently the country requested $100 billion from the United Nation’s climate change fund in order to assist in developing their renewable sector. The first major project for the country will be a 3.5 megawatt solar array, expected to be completed by fall of this year.

The overall plan for the money contributed by the UN has not yet been announced, however, the climate in the country lends itself well to solar and is expected to be a major energy for the country.

Writing in the sand

So, if one of the world’s leading oil producers and exporters is officially acknowledging that alternative energy production is the way of the future and the key to human sustainability and survival of our tiny little planet, why is the idea even open for debate?

According to estimates, U.S.-only oil demand will climb to nearly 23 million barrels per day by 2030, with global per-day consumption expected to top 118 million. And experts agree that no amount of domestic production – be it via offshore drilling or in the oil fields in the Gulf of Mexico, coastal Alaska and off the coast of southern California – will ever be able to compensate for this massive demand.

“Thinking that there is more oil to be drilled offshore gives people a false sense of hope that there’s actually enough oil out there to make us energy independent,” says Jonathan Dorn, staff researcher at the Earth Policy Institute (from an article on Treehugger.com). “Nothing could be farther from the truth.”

So where does this leave us? When will the U.S. – government and private sectors alike – step up to face the daunting task before us and prepare for a sustainable future?

Earlier this year, Wikileaks reported that Saudi Arabia’s oil reserves have been overestimated by 40%.  It is interesting to note how candid the Saudi government has been about this, while many other oil-buying nations continue to ignore ‘peak oil’.  Saudi Arabia’s Riyadh is also on the list of 20 Most Populous Cities Facing Perennial Per Capita Water Shortage by 2050 as is South Africa’s, Johannesburg.  The water crisis and the energy crisis are probably the two most important environmental issues that the planet faces today.  Water conservation and renewable energy short be a priority on every government’s agenda.