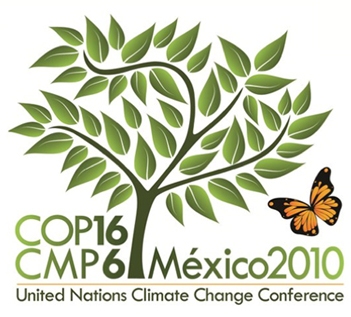 There are quite a few numbers tossed around at climate negotiations. Should world leaders agree to limit global warming to 2 degrees Celsius (3.6 degrees F) in the next decade, or 1.5 (2.7 F)? How many gigatons of carbon can the world cut in 10 years? Should they shoot for reducing the concentration of carbon dioxide in the atmosphere to 350 parts per million, or can the world deal with 450 parts per million? The numbers can be daunting, and discussions of them can get, well, heated. But they often avoid the reality that we’re already on the path to dangerous warming, and the actions countries have put forward so far aren’t nearly strong enough to avert dangerous warming.

A set of papers from the United Kingdom’s Royal Society takes a look at the implications of the current path in a new set of reports. If action isn’t taken, they conclude, the world is likely to warm 4 degrees Celsius (7 degrees F) in the next 50 years. Despite the political goal of 2 degrees drafted in Copenhagen last year, the continued rise in emissions and the delay of a legally binding deal, the researchers conclude, means the world is going to exceed that goal.

The reports offer a stark contrast to the political negotiations here in Cancun. “[T]here is now little to no chance of maintaining the global mean surface temperature at or below 2 C,” writes Kevin Anderson of the Tyndall Center for Climate Change Research and Alice Bows of the School of Earth, Atmospheric and Environmental Sciences at the University of Manchester in one of the key papers. And new findings about the impacts of a 2-degree rise indicated that the goal “now more appropriately represents the threshold between ‘dangerous’ and ‘extremely dangerous’ climate change.”

Another paper, from scientists at the U.K.’s Met Office Hadley Center and the College of Engineering, Mathematics, and Physical Sciences at the University of Exeter predicts that the world is likely to reach a 4 degree temperature (7 degrees F) rise in the 2070s. But if the climatic reactions are stronger than scientists currently expect, the world could hit that mark in the 2060s, they conclude.

The Copenhagen Accord pledged to “hold the increase in global temperature below 2 degrees Celsius.” But not only are the pledges to cut emissions that countries have offered so far not legally binding, they also fall far short of meeting that goal. Even if countries followed through on their pledges, they’d only be 60 percent of the way toward meeting that goal.

Thus, scientists need to look more closely at how the climate system will react to that level of increase, and the implications it will have around the world, the Royal Society package recommends. Leaders will also need to start preparing for and reacting to warming that exceeds their stated goal.

“Everyone is realizing that the Copenhagen pledge is not enough,” said Kevin Bundy, a senior attorney with the Center for Biological Diversity. But here in Cancun, leaders are still focused on hashing out how to meet last year’s goals — or if they will ever formalize even those weak commitments in a new, legally binding treaty.

“There is no sense of that urgency here in this conference, or not anywhere near enough,” said Bill McKibben, founder of 350.org, a group formed to spur world leaders to keep greenhouse gas concentrations under that parts-per-million mark. “It appears too difficult for our leaders and negotiators to understand the science.”

“Political reality is important, it’s not to be underestimated,” he continued. “But it’s nowhere near as difficult to deal with as the reality of chemistry and physics.”

It is debatable whether the leaders of nations at the talks will pay as much attention to the environmental implications as they do to the politics involved.  Organisations such the WWF who recommend a ‘catch-up plan’ can seemingly have very little influence over the political haggling.  Politicians use statistics and back certain NGO’s only when it suits them.  Real change needs to come from individuals in each country; relying on ignorant politicians to decide the fate of the Earth is dangerous.