Could a Brightening Sun Cool the Earth?

10 Ways to Reduce Energy Use and Costs in Your Building

We’ve talked before about the sun-climate connection, which is often invoked as the great missing link in understanding climate change. It’s absolutely true that the sun is crucial to Earth’s climate. Without it, we’d have no winter, no summer, no day/night temperature variations — and it wouldn’t matter anyway, because the planet would be frozen solid. It’s also understood that even slight variations in the sun’s energy output — which are known to occur — do warm or cool the climate, at least a little. 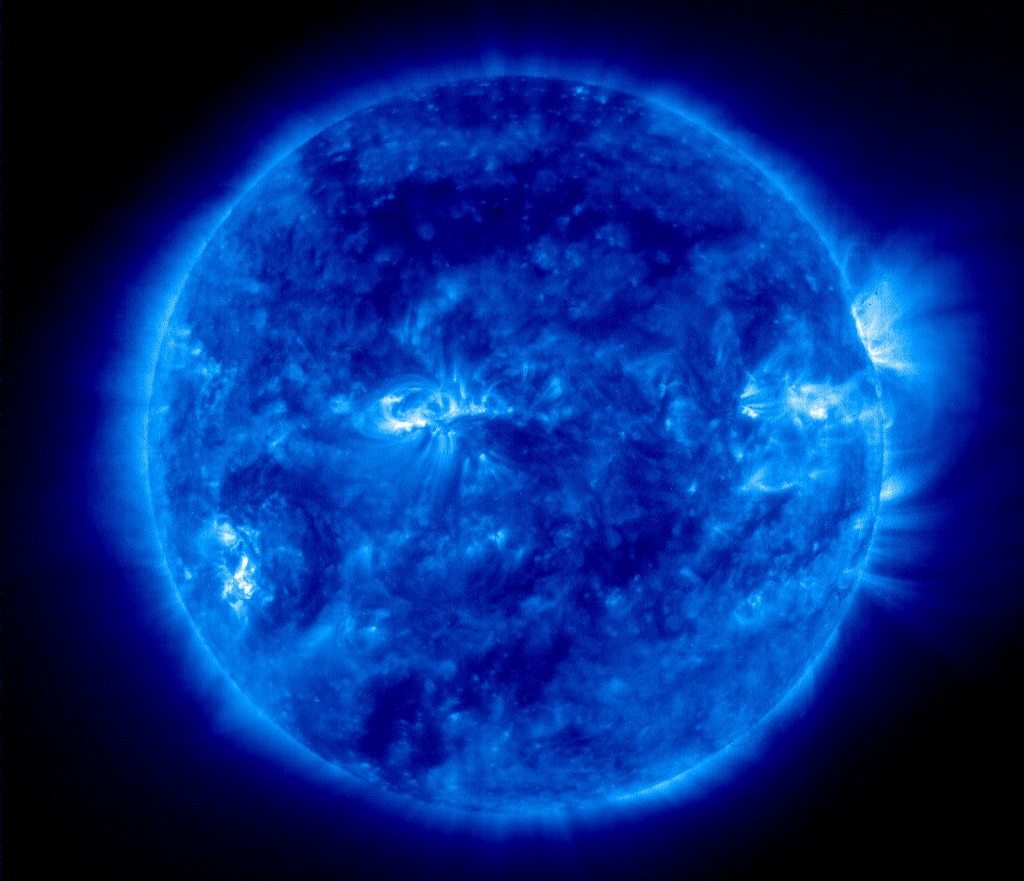 The sun, seen in ultraviolet light. When UV drops, says a new study, the earth seems to warm up

But none of that answers the question of whether the current warming of the climate is mostly attributable to a changing sun, or whether, as the vast majority of climate scientists have shown, is due mostly to greenhouse gases generated by human civilization. The latter isn’t simply a matter of personal preference; if you look at the data, it’s clear that when the sun’s output goes up, the temperature on Earth does too — but that for the past 50 years or so, the temperature has continued to climb even though the sun’s brightness hasn’t changed. That alone makes it clear that something else is driving up temperatures, and the “something” is almost certainly due to increasing concentrations of greenhouse gases. If the did start to brighten, of course, it could add to the warming, and if it started to dim significantly, it could offset the effect of human-induced warming.

Or so you’d think, anyway. But a new study in Nature (subscription required), would seem to reverse that reasoning. Relying on measurements from NASA’s orbiting Solar Radiation and Climate Experiment (SORCE), atmospheric scientist Joanna Haigh of Imperial College, London, and several colleagues, report that when solar activity drops, the planet actually (and completely counter-intuitively) warms up.

How could this be possible? The argument is based on the fact that the Sun doesn’t just put out one kind of light: it puts out an entire spectrum, including not just the colors of the rainbow but also ultraviolet light, infrared light and more. When the sun gets brighter or dimmer, the relative amounts of those different kinds of light change. What Haigh and her colleagues found was that between 2004 and 2007, although the sun overall got a little dimmer, the amount of light in the visible part of the spectrum got brighter, contributing to global warming. This increase in visible light was balanced by an even bigger drop in ultraviolet light.

You might think this would be good news for people who insist global warming has more to do with the sun than with driving SUV’s and burning coal. But instead, the opposite is true. Over the past century, the Sun has, scientists believe, gotten just a bit brighter overall — which is why climate scientists have always acknowledged that some of the warming in the 20th century, though not much of it, really has been due to the sun. If the relationship Haigh and her colleagues found holds up, it could suggest that this assumption is wrong — that the  20th century warming happened despite a cooling solar trend. In other words, global warming would have been even greater, according to this hypothesis, if the sun hadn’t brightened.

But before anyone scrambles to throw out the textbooks on solar radiation, these findings are based on a very short observation period, and there’s a real possibility that the radiation-measuring instrument aboard the spacecraft may have suffered from “drift” — that is, that it was the instrument itself that changed, not the sun. As Hough told Nature for a news article accompanying the paper, the observations

“…might be a coincidence, and it does require verification, but our findings could be too important to not publish them now.”

“Could be too important” is the key here, and shows how careful scientists are not to oversell their findings. In a post today at RealClimate.org titled “Solar spectral stumper,” Gavin Schmidt, of NASA’s Goddard Institute for Space Studies agrees that the findings could be important, writing in part:

“It’s time again for one of those puzzling results that if they turn out to be true, would have some very important implications and upset a lot of relatively established science.”

But Schmidt then goes on to make it clear why  why it’s way too early to accept this result. Not only is three years a short time, and not only is instrumental drift a real possibility, but the sun’s brightness hasn’t changed much since 2007 — so there’s been no way to test the result since then. Schmidt continues:

“The proof of the pudding will come in the next couple of years…In the meantime, this is one of those pesky uncertainties we scientists love so much.”

Whether climate change has been man-induced and hastened by our activities or whether it is a natural cyclic event, we need to ensure that our ecosystems that sustain us are in the best shape possible to endure the effects of climate change.  We can reduce our environmental footprint by conserving water and using less energy.  A shift from using fossil fuels to sustainable, renewable energy is inevitable; the deciding factor of whether we will survive as species is how quickly we can change.  Solar energy is developing rapidly as solar panels increase in efficiency; this renewable energy source is possibly the most accessible type to the average person.  Yes Solar (incorporated by Water Rhapsody Mpumalanga) is an official distributor and supplier of high quality Solsquare (Gremany) solar water heating systems and solar geysers to suit a wide range of applications and budgets.  We offer impartial advice and all our solar power systems are Eskom-approved and are installed by Eskom-accredited solar installers (so are eligible for substantial Eskom renewable energy rebates – some of the highest available in South Africa).  Our Water Rhapsody water systems are backed by nearly 17 years of experience and expertise.  Water Rhapsody is simply number one in South Africa for rainwater harvesting, rainwater tanks and grey water recycling systems.  Some of our World Wildlife Award-winning water systems are explained in our product demo.  Integral to many of our water conservation systems are water tanks; we supply and install the full range or JoJo water tanks, rainwater tanks and water tank stands (we are authorized JoJo Tank dealers in South Africa).  We can also supply high quality Atlas Plastics water tanks in Mpumalanga and Limpopo.  Contact us for a free quote on a water system, water tank, rainwater tank or solar geyser!