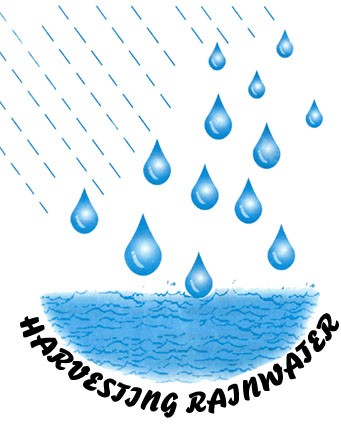 Rainwater harvesting can (a) assure an independent water supply during water restrictions, that is though somewhat dependent on end use and maintenance, (b)usually of acceptable quality for household needs and (c) renewable at acceptable volumes despite forecast climate change (CSIRO, 2003). It produces beneficial externalities by reducing peak stormwater run off and processing costs. RH systems are simple to install and operate. Running costs are negligible, and they provide water at the point of consumption.

Rainwater harvesting can be adopted in cities to supplement the city’s other water supplies, to increase soil moisture levels for urban greenery, to raise the water table through artificial recharge, to mitigate urban flooding and to improve the quality of groundwater. In urban areas of the developed world, at a household level, non-potable uses of harvested rainwater include bathroom (i.e. shower/bath/basin), flushing toilets and washing laundry. Indeed in hard water areas it is superior to municipal water for laundry because of its compatibility with detergents and soaps. Rainwater may require treatment prior to use for drinking, depending on anthropogenic (e.g. vehicle exhaust) and natural (e.g. Coal.) contaminants.

In New Zealand, many houses away from the larger towns and cities routinely rely on rainwater collected from roofs as the only source of water for all household activities. This is almost inevitably the case for many holiday homes.

Rainwater harvesting is particularly relevant in areas such as the Mpumalanga Lowveld where relatively good rainfall is experienced during summer.  Water shortages have become more frequent in many towns and cities around South Africa.  Water shortages are not only caused by traditional causes of water scarcity in South Africa but also by incompetent municipal employees (the dams in the White River / Nelspruit area are virtually all full).  As has recently been the case in White River and the suburb of White River Country Estate,(Mbombela) Local Municipality), water supply cuts have caused much anger and discomfort.  A letter sent to the White River Post (dated 16 September, 2010):

“It is 17:00 on a Wednesday at home in the White River Country Estate. We would like to have a bath, but, we have no water…again.” And “We are often compelled to take water out of our swimming pools to fill the toilets with buckets.”

Although there are still some competent people working for municipal water works in South Africa, it seems that they are helpless to halt the downward spiral of ailing infrastructure, poor leadership, corruption and declining water quality.  Water security is a major problem facing South Africa and has been recognised as such by various government departments.  However, bureaucracies are not known for their speed of action nor for their efficiency.  It has come to the point where individuals need to become more proactive and to drive water conservation from the ground up.  Rainwater harvesting systems (rain water stored in rainwater tanks and rainbarrels) are one way of ensuring that the frequent water supply cuts will not have much effect on you.  Other water saving systems such as grey water  garden irrigation and greywater for toilet flushing, further increase water self-sufficiency (see product demo for all our water systems).  Water Rhapsody’s rainwater harvesting system integrate with your existing water supply (be it municipal, borehole or other) and can be instantly switched from one source to the other when required.  Water tanks are core to many of our WWF Award-winning water conservation systems; thus we are water tank dealers for JoJo Tanks and Atlas Plastics.  We can supply a wide range of JoJo water tanks and JoJo tank stands as well as most of the high quality water tanks and other products made by Atlas Plastics.  Solar energy is synergistic with water; we have incorporated Yes Solar Mpumalanga in order to offer SABS- and Eskom-approved Solsquare solar water heaters (all installed by qualified solar installers).  All our Water Rhapsody and Yes Solar systems not only save water and save energy, they save the environment while you save money too!