Climate change will bring higher temperatures to Southern Africa while changing rainfall patterns will affect the amount of water available for food production. 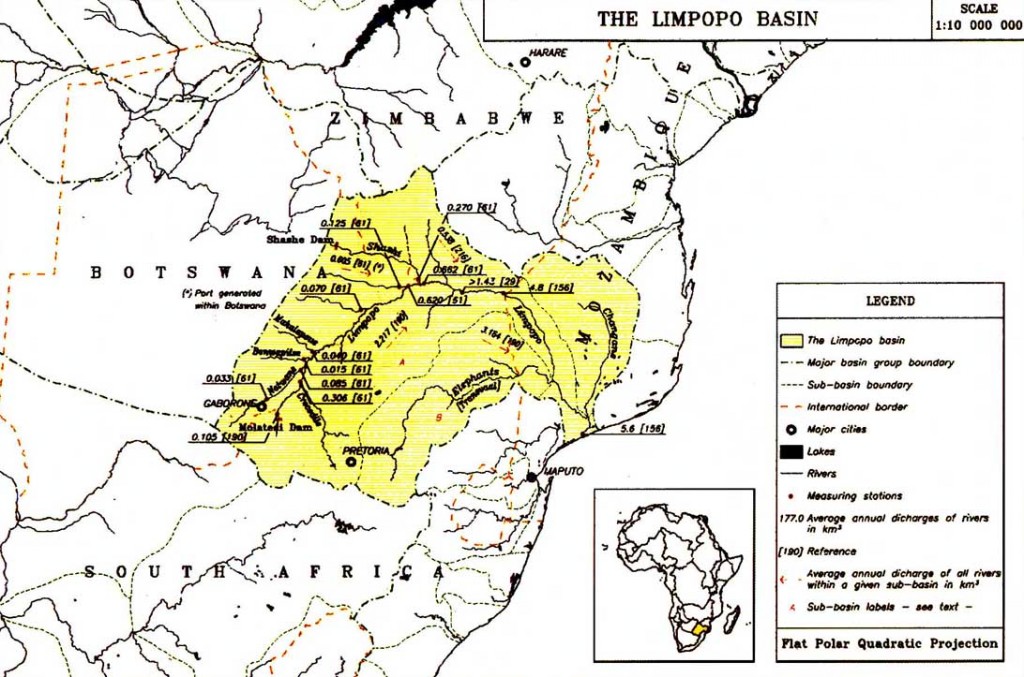 “Irrigation is often listed as an adaptation strategy for farmers, but no one has really looked at the impact of climate change on irrigation,” said Claudia Ringler, a Senior Research Fellow at the US-based International Food Policy Research Institute (IFPRI).

Ringler and her colleague, Tingju Zhu, a senior scientist at IFPRI’s Environment and Production Technology Division, have published a series of research papers on the effect of various scenarios – from a business-as-usual approach where greenhouse gas emissions continue, to having environment-friendly policies in place – on water sources available for irrigation, such as rivers, groundwater and rainwater runoff, in various parts of Africa.

To measure this they took into account the rate of evapo-transpiration – the release of water into the atmosphere from surfaces such as soil and plants -and changes in rainfall.

One of their papers looked at the Limpopo River Basin, which crosses four Southern African countries – Botswana, South Africa, Zimbabwe and Mozambique – and provides a living to hundreds of thousands of farmers, and found that water supply would start diminishing in another two decades.

Nearly a quarter of South Africa’s population of 48 million and 60 percent of Botswana’s people live in the basin, which has 2.9 million hectares of farmland, with 91 percent cropped under rain-fed conditions. According to the Agricultural Research Council (ARC) of South Africa, half the basin’s water is consumed by big commercial farms in South Africa and Zimbabwe.

Climate change will affect rainfall in the basin severely – it will receive between 10 and 25 percent less in the next two decades – so more and more farmers will turn to irrigation, the IFPRI scientists said.

At present the water in the Limpopo River basin supplies the irrigation needs of 97 farmers out of every 100 in every second year; in another two decades this number will drop to 91 out of every 100 farmers, Ringler said.

Rainfall in the basin is highly seasonal and unevenly distributed, already affecting food production in the region, and climate change projections indicate that floods and droughts will worsen.

The farmers also face stiff competition for water from the gold, platinum, coal and iron mines in South Africa’s share of the basin, and half of South Africa’s electricity is generated by the coal-fired plants located in the basin, according to ARC.

Most of the basin – 45 percent – falls within South Africa’s borders and its needs dictate the share of water that other countries in the region receive, Ringler said. The escalating climate-related stresses and existing competition for water mean the potential to expand irrigation is limited.

“All the countries will have to work together to create an equal playing field in sharing the water,” she pointed out. “South Africa could create a water reserve for the Mozambican farmers who live downstream.”

The burgeoning towns and cities in Limpopo province will be facing water shortages in the near future, if not already.  While agricultural and industrial water consumption are the major water users in Limpopo, individual homeowners (collectively) can substantially reduce pressure on the water supply.   Wildlife – and country estates in the smaller towns su ch as Hoe dspruit are increasing; typically the households on the estates tend to consu me more water than the ‘average home’.  New buildings should be designed with water efficiency in mind. 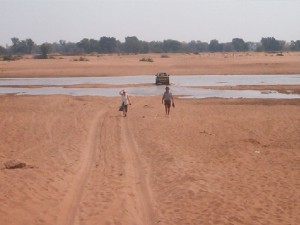 It is possible to drastically reduce water consumption by installing water-saving systems such as those offered by Water Rhapsody (which can save you up to 90% of your municipal water bills, see benefits).  If the full suite of Water Rhapsody products were to be installed, a household may almost become water self-sufficient (depending on local conditions).  Grey water can be utilized for irrigation or for toilet cisterns.  The water used when flushing a toilet can further be reduced by installing a Water Rhapsody Multi-flush system.  Water from rooftop rainwater harvesting can supplement (or even supplant) municipal/borehole water used for bathing, swimming pools and irrigation.  Rain water can also replace drinking water, provided that a suitable filtration system is installed. Water Rhapsody’s Poolside Tank eliminates the wastage associated with back washing pools (and protects the environment and your garden from potentially toxic pool chemicals; see water saving tips for swimming pools).  Water Rhapsody water conservation systems were designed to save water without the need to change one’s lifestyle.  However, our products when combined with water saving habits and tips, can even further reduce your water footprint.  See our product demo to see how the various systems work.