All options that can contribute to South Africa’s water supply should be considered but conventional desalination plants may be too energy intensive – exacerbating another chronic problem in South Africa – electricity supply shortfalls.  The cost of water to households and businesses will rise exponentially in the near future.  Rainwater harvesting may offer a partial or even a complete solution to rising water tariffs and municipal water outages – rain water tanks on a property also increase market value and ensure emergency water supplies are always available. 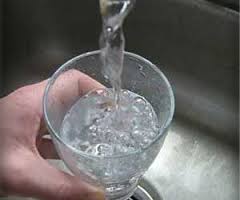 The eThekwini/Durban municipality may become the first in the country to build a large-scale seawater desalination plant, the water affairs department said on Wednesday.

“We are quite advanced in investigating [desalination] options in eThekweni,” the department’s acting director general Trevor Balzer told reporters in Pretoria.

He was responding to a question about the newly-released Second National Water Resources Strategy approved by Cabinet last week.

On assuring future supply, the document states that “the desalination of seawater, on a large scale, is imminent”.

Balzer said details, including building costs, designs, and timelines, were not immediately available. However a feasibility study for such a desalination plant had been completed by State-owned agency Umgeni Water.

“In fact, Umgeni Water… has completed a feasibility study around the options for a supplementary water supply in eThekweni using desalination as that option.”

Balzer said the City of Cape Town was also looking at large-scale desalination to augment its water supply.

While several coastal towns around South Africa – including Sedgefield and Mossel Bay in the Southern Cape, and the West Coast town of Bitterfontein – had built small plants, no large-scale desalination operations had been built to date.

One of the reasons is they consume a lot of energy.

Speaking at the briefing, Water Affairs Minister Edna Molewa warned on the cost of desalination.

“Desalination is a very expensive option,” she said.

However, her department was not ruling it out, and research was being done on how to bring down the cost.

According to the strategy: “The cost of water at the coast will, over the long-term, increase and approach the cost of desalination of seawater.”

According to the document water requirements in the KwaZulu-Natal coastal metropolitan area already exceed the available supply by 65-million cubic metres a year.

Video: Build your own rain barrel
Water tank stands – why would you need one?