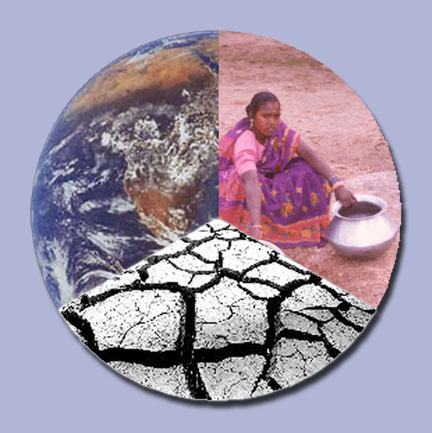 Oslo – The world needs to find the equivalent of the flow of 20 Nile rivers by 2025 to grow enough food to feed a rising population and help avoid conflicts over water scarcity, a group of former leaders said.

Factors such as climate change would strain freshwater supplies and nations including China and India were likely to face shortages within two decades, they said, calling on the UN Security Council to get more involved.

“The future political impact of water scarcity may be devastating,” former Canadian Prime Minister Jean Chretien said of a study issued by a group of 40 former leaders he co-chairs including former US President Bill Clinton and Nelson Mandela.

“It will lead to some conflicts,” Chretien told reporters on a telephone conference call, highlighting tensions such as in the Middle East over the Jordan River.

The study, by the InterAction Council of former leaders, said the UN Security Council should make water the top concern. Until now, the Security Council has treated water as a factor in other crises, such as Sudan or the impact of global warming.

It said that about 3 800km3 of fresh water was taken from rivers and lakes every year.

“With about one billion more mouths to feed worldwide by 2025, global agriculture alone will require another 1 000km3 of water per year,” it said. The world population now is just over seven billion.

The increase was “equal to the annual flow of 20 Niles or 100 Colorado Rivers”, according to the report, also backed by the UN University’s Institute for Water, Environment and Health (Unweh) and Canada’s Gordon Foundation.

It said the greatest growth in demand for water would be in China, the US and India due to population growth, increasing irrigation and economic growth.

“By 2030, demand for water in India and China, the most populous nations on Earth, will exceed their current supplies,” the report said.

“We say in the UN system that climate change is all about water,” said Zafar Adeel, director of Unweh. Severe weather events – such as droughts, floods, mudslides or downpours – were becoming more frequent.

UN-Water, which co-ordinates water-related efforts by the UN, will organise a meeting of foreign ministers this month and separate talks among experts on 25 September to look at ways to address concerns over water.

The report said there were examples of water-related conflicts, for instance between Israelis and Palestinians over aquifers, between Egypt and other nations sharing the Nile, or between Iran and Afghanistan over the Hirmand River.

But it said the world had many chances to conserve water and to shift toward what it called a “blue economy”. Fixing leaky pipes could help – in developing nations, about 40% of domestic water is lost before it reaches households.

Nations such as Israel have limited water use, for instance by shifting to less water-intensive crops or recycling. Olives or dates need less water, for instance, than oranges.

The report said that annual spending on improving water supplies and sanitation in developing nations should be raised by about $11bn a year. Every dollar spent would yield an economic return of $3 to $4, it estimated.

One billion people have no fresh water and two billion lack basic sanitation. About 4 500 children die of water-related diseases every day – the equivalent of 10 jumbo jets falling out of the sky with no survivors, Chretien wrote.

Water conservation awareness and action needs to start at the level of the individual to increase the chances of global conflict over water resources in the coming decades.  Rainwater harvesting is relatively easy and inexpensive and ensures a supply of water during water supply cuts that are increasingly occurring around the world, including South Africa.  Rain water tanks made from polyethylene are easy to transport and install and can be had in a huge array of shapes and sizes, including above-ground tanks and underground tanks.  To see the various JoJo tanks and other JoJo products available in South Africa, click on the links below.