SOUTH Australian irrigators have applauded a State Government decision to return 20 billion litres of water to the Murray River. 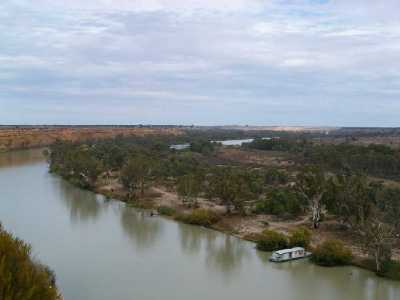 Central Irrigation Trust chief executive Gavin McMahon said the sale would save the equivalent of 2000 hectares of wine grapes.

“We’re very happy that the city is prepared to play their part,” Mr McMahon said.

“That’s quite an amount of water that doesn’t have to come from our communities.”

The state has also returned a further six billion litres in exchange for the Federal Government’s contribution to the Port Stanvac desalination plant.

South Australian irrigators are attempting to unlock about $240 million in federal funds for infrastructure upgrades they believe will save between 20 billion to 40 billion litres.

The MDBA’s plan calls for a South Australian return of 101 billion litres.

Mr Weatherill said the SA Water contribution sent a message to the state’s irrigators that “we stand ready to back you in and do our fair share”.

Mr Weatherill said South Australia’s reliance on the river had been reduced in part by the increased rainwater use in  households.

Like South Africa, Australia faces water scarcity issues throughout most of the country.  Looking at the financial figures above, one can see that water has real economic value in Australia.  Water tariffs are likely to skyrocket worldwide in the coming decades, even in countries where water is abundant as it is conceivable that water will be traded as a commodity.  Consumers can protect themselves from high water costs by implementing water conservation measures and installing water systems like rainwater harvesting tanks and grey water recycling.