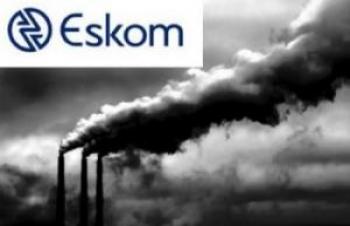 Eskom: could be greener

The Environmental Management Inspectorate (EMI), known as the Green Scorpions, found that Eskom and Neotel were guilty of non-compliance at certain of their projects in Limpopo, as the EMI continued its national environmental law compliance inspections.

The Green Scorpions would continue its national inspections in Mpumalanga from January 17 to January 21, 2011.

Preliminary findings showed that, in Lephalale, where Eskom was authorised to construct the Medupi coal-fired power station and associated structures, including raw water reservoirs and the associated pipelines for the power station, the projects were progressing satisfactorily, and the compliance status is generally in order.

In the construction of Medupi-Marang 400kv powerline, the inspection team found that Eskom was not complying with certain conditions of the Environmental Management Plan (EMP).

The Green Scorpions inspected other facilities outside Limpopo and in particular, the construction of an optical fibre network project by Neotel from Germiston to Cato Ridge in the Gauteng through the Free State and into KwaZulu-Natal province.

The project was under way and the Green Scorpions found that river crossing, and the abstraction of water from the water course were being carried out without the required permits.

Furthermore, added the DEA, the rehabilitation plan for the project has not been developed and Neotel was also not complying with certain conditions of the EMP.

The DEA added that all non-compliances detected during the inspections were being reviewed and would be met with appropriate enforcement action where necessary.

The EMI would also inspect facilities outside the Mpumalanga province, including waste management company EnviroServ’s Vissershok facility in the Western Cape, and a smelter in Polokwane.

EnviroServ was previously found to be not complying with environmental obligations in the Eastern Cape, when the Green Scorpions conducted inspections in November.

The main objectives of the campaign were to monitor adherence to conditions stipulated in environmental authorisations, EMPs and waste management licenses, and to improve the general status of compliance within the regulated community through taking appropriate enforcement actions in the event of non-compliance.

Having had experience working as an environmental control officer, I know how contractors and sub-contractors try to cut corners when it comes to EMP compliance.  Unfortunately, many engineers and construction personnel in Africa don’t take environmental issues seriously and often treat environmental officers with disdain.  This is in contrast to Europe where environmental personnel on construction projects are given the utmost respect.  South Africa’s environmental legislation is good but enforcement is poor.  It is therefore encouraging that the DEA has pledged to investigate EMP non-compliance by Eskom.

13.7 Million Birds Are Dying Every Day in the U.S.
Going Green in Your School/Classroom