What to buy: a plastic water tank or steel water tank? 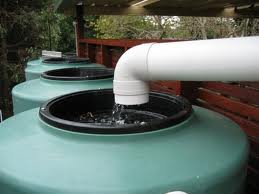 Installing rainwater tanks is a wise investment wherever you are in the world.  After a natural or man-made disaster, rainwater tanks could mean the difference between queuing for hours at a community water distribution point or having rainwater available on tap at home.  Rain water tanks can also ensure homeowners have a supply of water during water supply cuts – an ever-increasing problem in many towns, cities and rural areas in South Africa.

A new GNS Science report shows stored water for tens of thousands of Wellingtonians would run out weeks or months before even emergency-level supplies could be restored to the central city and outlying suburbs.

Report author Jim Cousins said about 100,000 people could face up to 20 days without access to water if a magnitude-7.5 earthquake hit the Wellington fault today.

“People can only live five or six days without water.”

With the airport, ports, state highways and roads severely damaged or blocked, getting the millions of litres of water required each day to residents could also prove a major challenge.

Dr Cousins said the capital’s water system was particularly vulnerable as the pipeline from the Upper Hutt source crossed the Wellington fault twice before reaching northern suburbs and the city. The main supply then crossed the fault line once again to reach the CBD, and eastern and southern suburbs.

According to the report, outlying suburbs further from the Kaitoke and Wainuiomata sources, such as Miramar, could face up to two months before water returned to nearby reservoirs.

While closer to water sources, it was likely Porirua would face supply problems as well, though the Hutt Valley, with the Hutt River, would have far fewer issues, Dr Cousins said.

Greater Wellington Regional Council, which commissioned the report, was currently undertaking seismic strengthening of its storage lakes and treatment plants.

At a pinch, collecting water drained from the Tawa rail tunnel could also provide large amounts of water.

“I don’t think people will die of thirst, but they could certainly struggle for good sanitation – we need to get better prepared as a city.

“We will be worse affected than Christchurch.”

Wellingtonians led the country in preparing for a natural disaster, but predictions showed residents might need to look after themselves for much longer than the first few days, he said.

“Water is absolutely vital, but people forget about it because it’s so easily available.”

ACTING NOW, BEFORE IT’S TOO LATE

After hearing how critical water became to Christchurch residents in the 2011 quake, Whitby mum Anita Dekker was one of the first in line to buy Wellington Region Emergency Management Office’s new home rainwater tanks.

Finding the water tank well priced and easy to install, Mrs Dekker then bought one for a friend as a gift. “If you have to look after yourself, if you can be self-sufficient and take that pressure off Civil Defence, it just makes sense.”

The $105 water tanks connect to most downpipes, collecting rainwater from roof gutters. At 200 litres, they are expected to last a family of four for more than two weeks. Launched the day after July’s 6.5-magnitude quake, the first batch sold out of council service centres in weeks.

WREMO adviser Scott Dray would like to see a rainwater tank in every Wellington home. “These increase the capacity for people to stay at home for longer, without having to line up at water distribution points.”

If you are in South Africa, JoJo Tanks offer a huge range of water tanks, rainwater tanks and other high quality products developed for African conditions; click on the links below for more information.