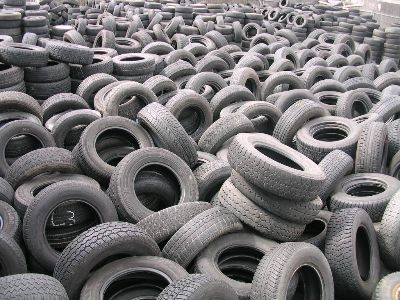 A councillor in the Mangaung metro municipality has a vision to coincide with World Food Day that the Free State can become the bread basket of South Africa and Africa and also eradicate informal settlements by 2014 by “going green”.

Thabo Olivier, voted one of the best councillors in South Africa a few years ago, is a man who can barely sit still.

He is always on the move, mostly within the poorest of the poor communities, where his plan to build low cost houses with old used tyres will commence early next year.

Olivier became well-known in South Africa for his somewhat unorthodox ways in 2010 when he moved into a shack in Batho township during the World Cup Soccer tournament.

He wanted to attract attention that most families in his ward were in desperate need for decent houses.

Olivier is the founder of the Qala Tala initiative whose main objective is to do away with corrugated iron shacks in informal settlements.

One of Qala Tala’s many spin-offs, the Canaan housing project was launched on Friday when a national tyre company, Pride N Tyres, donated the first 400 old and worn-out tyres to Olivier.

The first “tyre house” will be built in Olivier’s backyard. The building of the house will be followed by a rollout of a programme for poor families to cultivate their own vegetables in townships.

“The house will be completed in December and I will move in with my family,” he said.

Olivier told The New Age the house will be 100% green with only sustainable material and waste products used as building material.

“We have a lot of challenges in building houses for the poor. I want to help people between the R3000 and R10000 salary bracket who cannot qualify for a housing loan to have their own houses. The houses will cost less than a current subsidised house,” he said.

Olivier said the four-roomed houses will definitely not look like a structure build with old tyres as it will be plastered with a soil and lime mixture.

The corrugated roofs will be insulated with waste material and vegetation such as runner beans and baby marrows.

The house will have solar panels, a dry compost toilet system and water tanks for re-usable water.

“These systems are already being used in poor communities in other African countries,” he said.

Olivier said it was the first agreement between an NGO and a tyre company in South Africa regarding eco-recycling of tyre waste and waste management.

“The South African consumers buy 11 million tyres per year and that is less than 1% of the rest of the world. Even residents in the more affluent areas have been enquiring about the tyre houses for their back yards,” Olivier said.

The objective of the project was to teach communities to cultivate their own vegetables, be employed and generate an income.

“Vegetables can grow in anything that has soil. Communities can consume 10% of the vegetables in their homes and 90% for business purposes,” he said.

If successful, these ‘tyre houses’ will ensure that hundreds of thousands of old vehicle tyres are not burnt or dumped in landfill sites.  This is the type of thinking that is needed in South Africa and in many parts of the world – improving poor communities’ living standards in an eco-friendly and sustainable manner.  If these tyre houses are equipped with simple rainwater harvesting apparatus, the water waters can be filled with rain water, making the household less dependent on municipal water supply.