How Polyethylene or Plastic Water Storage Tanks are Made

If you´ve been shopping for a water storage tank then you have certainly noticed that the most cost-effective options available are polyethylene or plastic tanks. 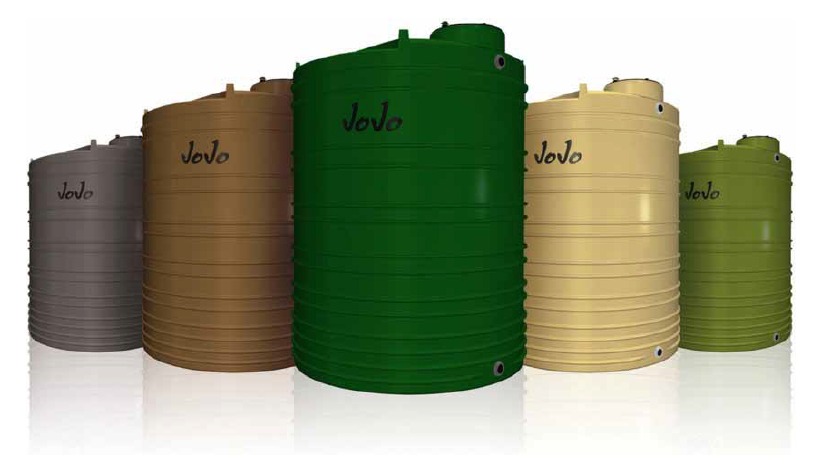 Don´t let the low prices fool you; just because poly water storage tanks cost less doesn´t make them “cheaper” than other tank materials such as fiberglass or steel. In fact, the process used to produce polyethylene storage tanks has many advantages that make it superior choice not only economically but also for longevity.

Polyethylene is a type of plastic. There are over a dozen specific plastic production processes in use today, but most plastic parts are produced using some form of injection-molding, blow-molding, or other process such as rotational molding. Rotational molding, also known as roto-molding, is the most common and effective process used for producing large tanks for the storage of water and other liquids.

The rotational molding process involves low-pressure and high-temperatures combined with rotating a mold on multiple axes in order to produce large hollow one-piece objects. The tank mold is a large steel shell where the inside is the exact shape of the storage tank to be made.

Step one is to load the mold with a powder form of the plastic polymer. The quantity of powder used depends on the tank size to be made as well as the desired wall-thickness of the resulting liquid storage tank. The tank mold, with the powder inside, is then put into a large

oven where heat begins to be applied. The heat slowly melts the polymer inside the mold while the mold is slowly rotated in a multi-axis fashion. The melted plastic “coats” the inside of the mold as it is heated and rotated. The rotational angle and speed are controlled by a computer so that the desired wall thickness is achieved even at different points on the tank. Generally the wall is thickest near the bottom of the tank where the greatest pressure will be. The mold will be rotating in the oven anywhere from 1-3 hours depending on the size of the tank.

Many have noticed what they think are “seam lines” on plastic storage tanks. These lines are not from seams, but rather they result from parting lines between two halves of the mold. A tank mold consists of a top and bottom piece which allows a finished tank to be removed from the mold. The top is bolted to the bottom so there is a small offset between the top and bottom walls of the combined mold. When the tank is made this offset is visible in the form of a parting line. Rest assured this is NOT a “seam” – the tank is made in a single leak-proof piece.

Step two is the cooling stage. While still rotating (usually at a different speed and angle) the mold is allowed to cool while the heat is removed. During this time the plastic solidifies against the inside of the mold. This process usually takes less than an hour. The cooling rate will be kept within a certain range so that the resulting part has a smooth rather than warped surface. The temperature must be lowered to the point that the material has solidified and an operator can safely handle the tank upon removal from the mold.

Step three is to remove the tank from the mold. Smaller tanks can often be removed by hand while larger tanks are removed with the assistance of a forklift or other large equipment. The storage tank is slowly pulled out from the mold in one large hollow piece of plastic. The tank is then moved to an area where it will later be fitted with a manway assembly and pipe fittings.

There are many advantages to this process. Rotational molding is relatively inexpensive compared to most injection-molding approaches. Roto-molding produces a one-piece seamless part that is virtually leak-proof. The only holes cut into the tank are for the manway on the top and any tank fittings that are installed on the sidewall. Fittings are installed with gaskets to prevent leaks. A roto-molded plastic storage tank is therefore the most cost-effective leak-resistant liquid storage tank available today.