How Polyethylene or Plastic Water Storage Tanks are Made

South Africa: Water demand is projected to outstrip supply somewhere between 2025 and 2030, and pollution remains a “significant” threat to water resources. 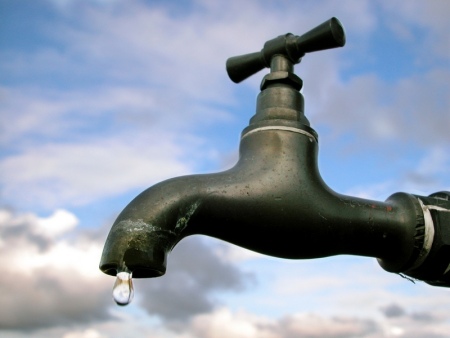 The warning comes in this year’s Budget documents, which point out that adequate access is only one part of the water equation and that water supply must also adhere to quality standards.

While 97 percent of drinking water meets minimum standards, only 71 percent of waste water complies with standards and is showing signs of further deterioration.

Acid mine drainage was identified in the Budget documents as a major problem.

This had become more severe in recent years, particularly in three of the mining basins of Gauteng, and could reduce overall water security in this already water-scarce region.

The documents noted the government had put aside R443m for short-term interventions to tackle acid mine drainage in Gauteng, but indicated the department’s water sector management spend had already peaked and that the allocation for this sector was to drop over the next three years.

Service providers had been procured to identify sustainable institutional models for a long-term solution to the problem.

“Consensus exists that a sustainable long-term solution cannot be the sole responsibility of government alone, and that a long-term solution, properly developed and co-ordinated with the buy-in of a range of stakeholders, would help improve water security, enhance environmental sustainability, safeguard economic gains and improve water quality through treatment and the appropriate discharge of effluent,” the documents stated.

Other tasks to be tackled by the water department include a revision of the national water strategy that describes how water resources will be protected, used, managed and conserved, so the strategy reflects the existing state of water resources.

In addition, the water pricing strategy will be reviewed next year.

The department is also implementing 64 regional bulk water infrastructure projects with an estimated value of R9.6bn over the current Medium Term Expenditure Framework.

The above predictions could be considered optimistic; there are many parts of South Africa where water demand has far outstripped the supply already.  The water crisis will affect South Africans and many other nations sooner than thought if unpredictable weather patterns cause droughts or floods (where dams and water supply infrastructure is simply destroyed or washed away).  As with any commodity, as demand increases, so does the price rise too; we are likely to see regular water tariff increases in the near future.  Homeowners and businesses can attain some water security (and save money) harvesting rainwater and storing the water in water storage tanks.