A campaign to have people stop eating meat on Mondays is gaining ground in the US.  FGI Research said results from its latest online tracking survey for the Meatless Monday campaign found that US awareness has reached  50.22% – up from 30% just six months ago.  There have been no paid media ads promoting the campaign – the growing awareness is due to viral dissemination by committed advocates.

And this awareness is translating into behaviour change, with 27,47% of those aware of the campaign saying it had influenced their decision to cut back on meat, according to FGI.  Meatless Monday is a movement advocated by a non-profit initiative, The Monday Campaigns, in association with the John Hopkins Bloomberg School of Public Health.  The Monday Campaigns provides information and recipes to start each week with what it calls a healthy, environmentally friendly meat-free alternative.  “Our goal is to help you reduce your meat consumption by 15% to improve your health and the health of the plane,” said the initiative.

But Animal Agriculture alliance said about 97% of Americans choose to include meat, milk, and eggs in their diet.  “Most of us don’t over-consume meat products.  Many studies have shown the benefits of including animal protein as part of a balanced diet,” said the alliance, adding that many people don’t realise the campaign has close ties to extreme activist organisations.

In South Africa, it would be very difficult for the majority of its population to ‘over-consume’ meat.  In fact, many Africans are protein-starved and suffer because of this.  Perhaps it would be better to donate meat to those less fortunate people on Mondays, ensuring that the meat is organic and originating from humane livestock farming operations? 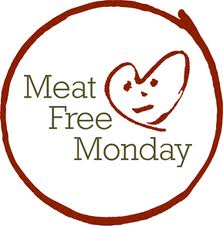